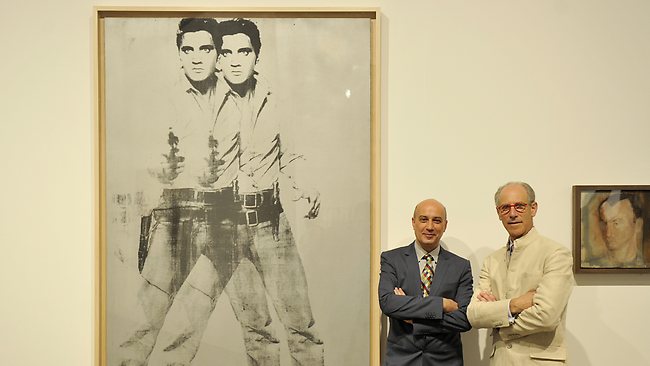 MoMA’s best on show in Perth in ‘Van Gogh, Dali and Beyond’

PERTH art lovers are about to get a chance to see celebrated works of Salvador Dali and Van Gogh up close.

The third exhibition in the series of six from New York’s  Museum of Modern Art, Van Gogh, Dali and Beyond: The World Reimagined, opens on Saturday at the Art Gallery of WA and features more than 130 works by 96 artists.

Art Gallery of WA director Stefano Carboni said the venue was the only place in the southern hemisphere to host this exhibition, with the content exclusively curated between the WA gallery and MoMA.

He said Van Gogh, Dali and Beyond was “even bigger and better than the Picasso to Warhol (exhibition) last year”.

“When you enter the first space where you have the introduction to the three themes with (Vincent) Van Gogh, (Henri de) Toulouse-Lautrec and (Paul) Cezanne… I have goosebumps quite honestly,” Mr Carboni said.

MoMA director Glenn D. Lowry added that the octagonal spaces in the Art Gallery of WA created an interesting pattern, which allowed new connections to be made between paintings and sculptures which would never be made at MoMA because of the architecture.

Mr Lowry said the exhibition was also unique because MoMA usually displays its works chronologically or historically rather than thematically such as in the Van Gogh, Dali and Beyond exhibition.

“This is what makes these kinds of partnerships so exciting – you take familiar works of art and put them in an utterly unfamiliar context and suddenly they seem fresh and new again,” he said.

Addressing media at the viewing, Mr Lowry, who was last here for the opening of Picasso to Warhol: Fourteen Modern Masters last year, said he was thrilled to return.

“I feel like Perth is now becoming a second home,” he said.

He said the exhibition presented a rare opportunity for the Perth public to view remarkable works in their hometown.