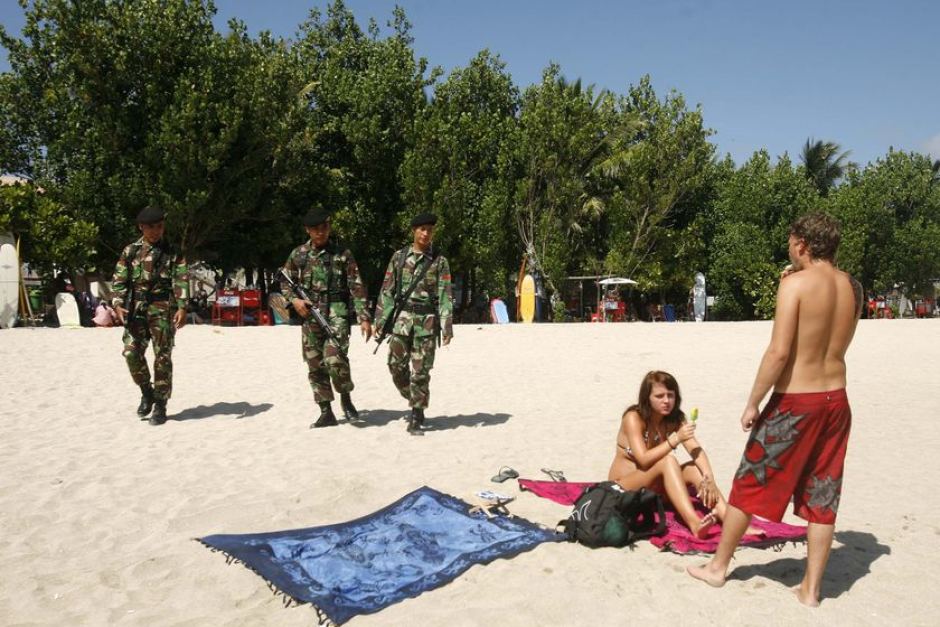 The Department of Foreign Affairs has issued a travel warning to Indonesia, including tourist hotspot Bali, because of the high threat of a terrorist attack.

The department’s latest travel advice contains a warning that terrorists remain active in the country despite police efforts to stop them.

“Indonesian authorities have warned that extremists may be planning to attack churches in Jakarta, and elsewhere in Indonesia, during the 2014 new year period,” the travel advice said.

Earlier this month national police chief Sutarman said there were indications that militants may be assembling bombs to target areas of worship.

“The terrorists have cells everywhere and they are active. We are continuing to pursue them,” he told reporters, without giving details of specific targets.

DFAT warns the threat to Australians in Indonesia may reach beyond churches.

“Terrorists have previously attacked or planned to attack places where Westerners gather, including nightclubs, bars, restaurants, international hotels, airports and places of worship in Bali, Jakarta and elsewhere in Indonesia,” it said.

“These types of venues could be targeted again.”

There have been several attacks on Western targets in the past decade, including the 2002 Bali bombings which killed 202 people, including 88 Australians.

DFAT also notes that travellers to Indonesia could experience natural disasters like tsunamis, or be the victims of petty crime, drink-spiking and scams.

The advice does not recommend Australians stay away from Indonesia, but it does urge travellers to exercise a high degree of caution in the country.

However, Australians are urged to reconsider the need to travel to some areas including the provinces of Central Sulawesi, Maluku and Papua.