NT’s solution to overflowing bins: get rid of them 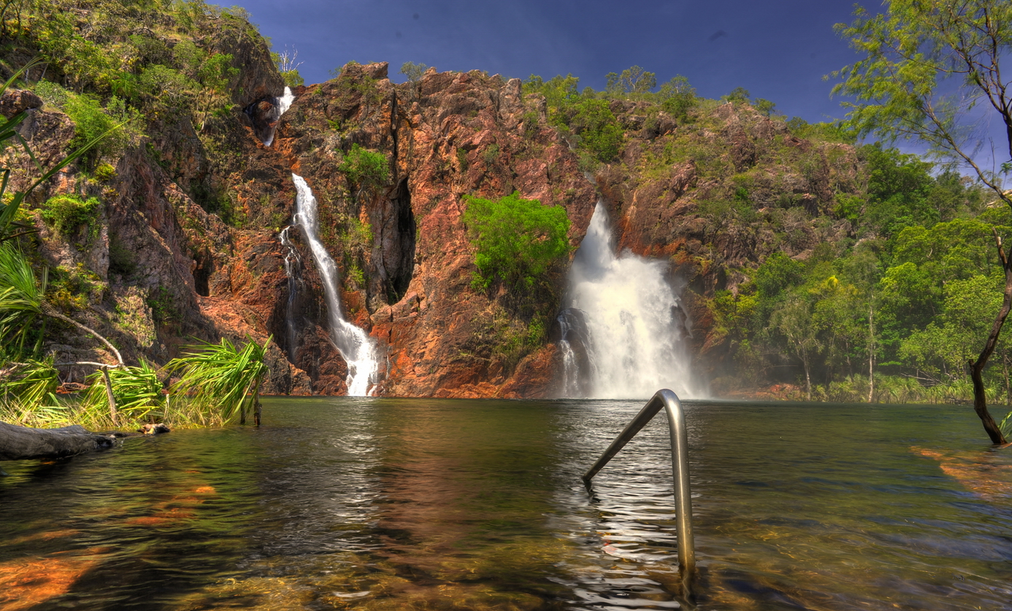 ALL rubbish bins at Litchfield National Park will be removed in a bizarre tactic to stem overflowing rubbish at the popular tourist destination.

The Parks and Wildlife Commission of the NT advised that, as of January 19, it will be up to the 300,000 annual visitors to be responsible for removing their own rubbish and disposing of it elsewhere.

Top End region district manager Lincoln Wilson said they were confident that placing the responsibility of rubbish removal on to visitors would work.

“This is standard practice in many other national parks around Australia and internationally, including Nitmiluk National Park and Tjuwaliyn Hot Springs here in the Territory,” he said.

“We are confident that phasing out of rubbish bins within Litchfield National Park will be a win for visitors, taxpayers and the environment.

“The park does not have recycling capacity and to stop recyclable items adding to landfill we encourage all visitors to take their litter away with them to centres that allow for reuse and recycling, along with environmentally safe disposal of items such as batteries, oils and chemicals.”

Rangers will monitor the Wangi Falls, Florence Falls and Buley Rockhole day use and campground areas where bins will be removed to ensure the measure is effective.

Mr Wilson said it would reduce the risk of native wildlife spreading the rubbish and building a dependency on it.

While the bins are being removed in Litchfield, the Territory Government has signed off on $266,000 for two new garbage trucks for the winner of the Territory’s Tidy Town, Titjikala. Parks and Wildlife Minister Bess Price said the MacDonnell Regional Council was gradually introducing compacting rubbish trucks in its communities to minimise the space taken up by waste.

“Regular rubbish collection is something we take for granted in our major centres but it’s a service that many communities have never had,” she said.