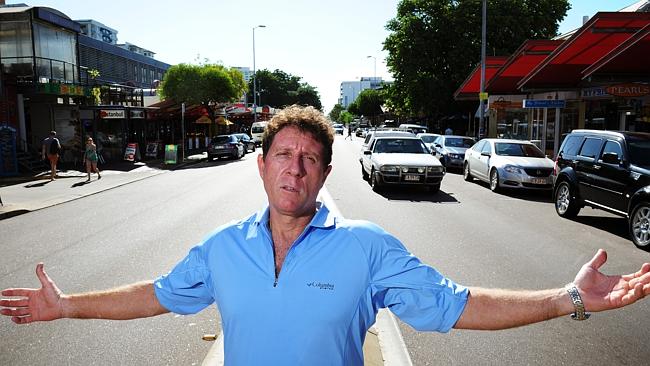 Domestic travel to the Top End plummeted last year, with the latest figures showing 135,000 fewer overnight visitors to the Territory in 2013.

The Tourism NT Report attributes a decrease in domestic visitors to the Top End for last year’s downturn. The report also shows domestic visitor nights decreased in the Territory by 22 per cent in that same time.

Darwin hotel occupancy rates in the first three months of this year have also declined for the first time in four years.

However heavy rains and the completion of the Inpex Workers’ Village – meaning more rooms being freed up by resource-workers – have been blamed for the reduced occupancy.

The NT News last year reported that a lack of accommodation in the city was keeping tourists out of Darwin and contributing to the slow demise of small business in the CBD.

However Tourism Top End general manager Trevor Cox said the Territory was starting to see a softening of hotel supply block. He said many high-end hotels coming online recently meant the outlook for the upcoming dry season was more positive.

“We did have a larger Wet than the year before and there were certainly some access issues into Kakadu and Litchfield in February, which will have an effect on the leisure traveller,” Mr Cox said.

“We have also had increased price pressures on our accommodation, and occupancy last year was quite high, resulting in a squeeze in that area.

“However we have got some really good things happening with a lot more brand new quality accommodation coming online.”

Tour Tub owner Robert Marchant said the downturn in the occupancy rates had impacted on his business, and reflected in a $12,000 drop in March quarter takings for his World War II oil tunnel tours.

BACK FILMS TO REEL IN TOURISTS

“Business is the worst it has been in 25 years,” Mr Marchant said.

“Tourism in Darwin is a direct injection into our economy. This is an issue that has dated back many years, even as far back as the previous government’s (tourism) campaign.

“We have the issue with fly-in and fly-out workers, but we also don’t have the marketing programs, particularly in the wet season.”

“People simply cannot afford to stay here. They can go to Bali and for the same price stay there for a fortnight.”