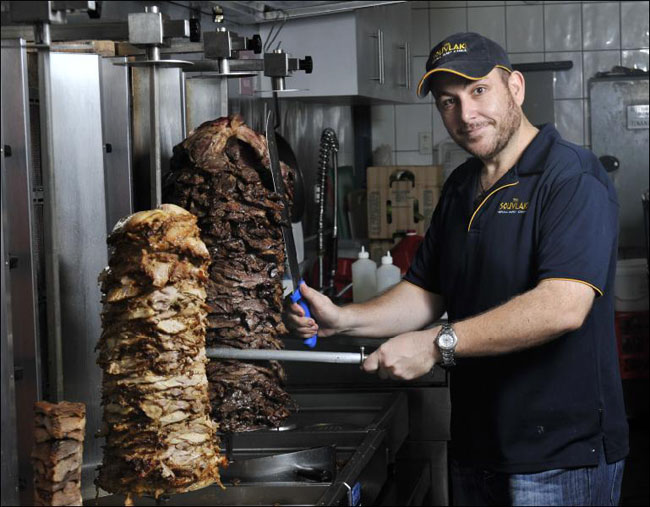 A GREEK restaurant is the latest Darwin business to charge customers more in a bid to keep afloat financially following the Northern Territory government’s price hikes on utilities.

The Souvlaki Grill and Chill owner Alexis Kotis said the Nightcliff eatery “will be having a slight price increase on certain items on our menu” from March 7.

“This decision has not been easy but due to the massive increase in our power and water bill, transport, fresh produce and insurance, we can no longer sustain our current prices,” he said.

Mr Kotis said his latest power bill was up $900 from the same time last year.

“We will not be taking any short cuts with our products, nor reducing our serving sizes.

“We will continue to deliver the high quality and massive servings that you have become accustomed to.

“We apologise for any inconvenience this may cause.

“However to secure the future of our business, unfortunately this decision had to be made.”

It hasn’t put off their souvlaki-loving customers though.

Mandy Hoare posted on Facebook: “worth every cent, yummy feed!”

Earlier this month Katherine Cinema announced it would close its doors on its budget ticket night on Wednesdays.

Management posted a message on its website telling patrons the once-a-week closure was due to increased power and water costs, with its power bill having gone up by $6000.

Darwin’s Go Sushi has reportedly put an end to their “cheap Saturdays”.

The building certifier said small businesses would be forced to pass on the cost to their customers.

Local charities have reported a significant rise in pleas for help since the price increases were introduced.

Water tariffs rose 40 per cent and power went up 30 per cent in the NT on January 1 this year.