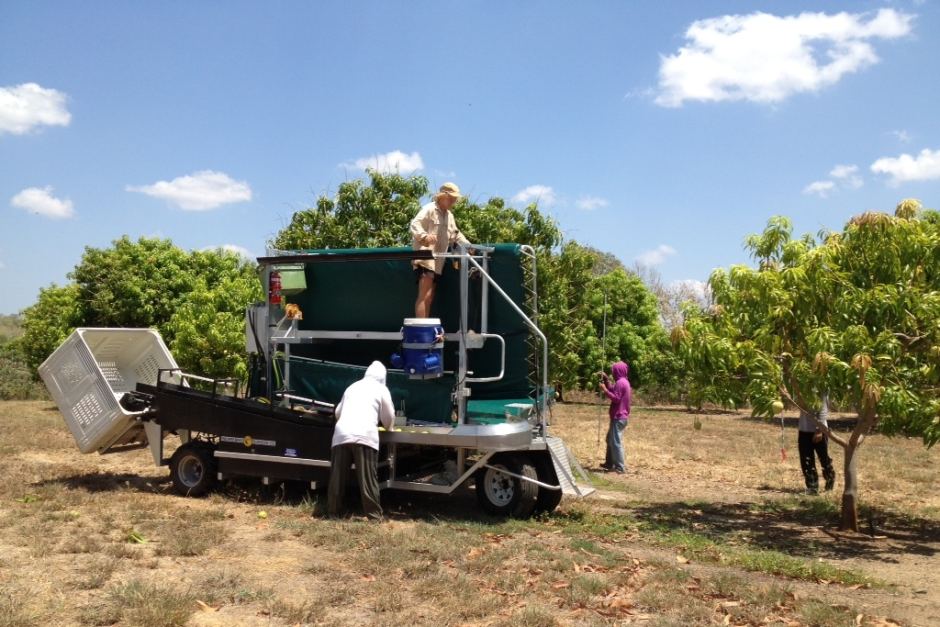 TTN: In the below article, Northern Territory growers claim they need asian workers for an inconsistent labour market of seasonal mango pickers.

Country Liberal MLA and mango grower Gary Higgins, says the Territory’s mango industry would be better off, and could even expand, if workers were allowed in from South East Asian countries such as Vietnam.

He says the industry needs an alternative to backpackers.

“The mango industry has long been reliant on backpackers and this has limited its capacity to grow,” he said.

“Growers invest thousands of hours training workers, only for the majority not to return for the next harvest and this work must be completed all over again with new employees.

“If we can strike a deal with communities in South East Asia, such as Vietnam, where trained workers could return each season, it will help the industry to invest its resources into other areas of improvement and expansion.

“The Territory recently struck an agreement with East Timor, and 20 seasonal workers have been working in the Katherine melon industry for the past three weeks, as part of the Australian Government’s Seasonal Worker Program.

“I am encouraging my colleagues to help expand programs like this to create the workforce we need to develop the mango industry.”

ABC Rural recently spoke to Top End growers who were concerned about a ‘major labour shortage’ for this year’s mango season and were the first to propose an expansion of the Seasonal Worker Program to include South East Asia.

Their proposal was immediately backed by grower group AUSVEG.

“AUSVEG strongly back calls from farmers in the north of Australia for the Federal Government to consider expanding the Seasonal Worker Program to include South East Asian countries such as Thailand and Vietnam,” said AUSVEG public affairs manager William Churchill in a statement.

“Labour shortages are not just an issue for the north of the country, but something many Australian growers grapple with. We would back any initiatives that make it easier for Australian growers to source the necessary workforce to get the job done.

“Another option we would like to see considered is an expansion of Australia’s Working Holiday Visa program to encompass more countries, such as the Czech Republic and Israel.”

The Seasonal Worker Program has been running since 2012 and currently allows farmers to employ workers from eight Pacific Island countries and Timor-Leste, but only when they cannot find enough local workers to meet seasonal demands.