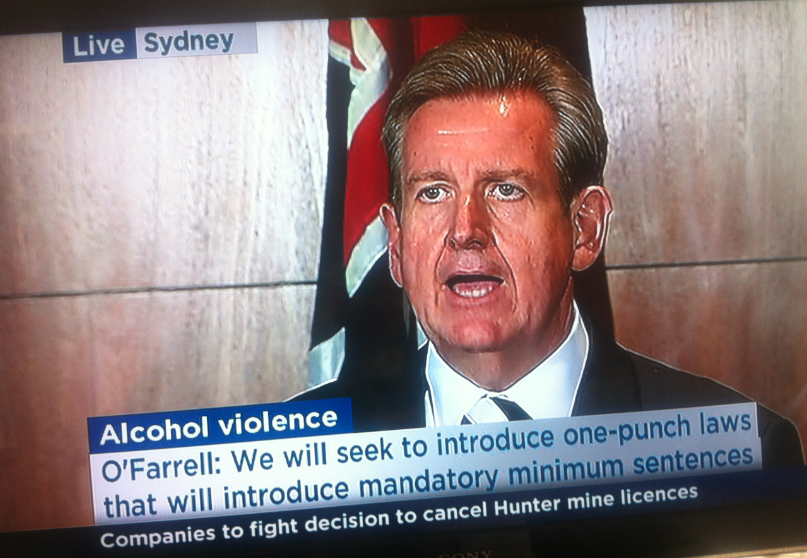 Effective as early as possible 2014, the NSW government seeks to introduce the following legislation (noted only are the rules specific to the hospitality industry)

– All drink service will cease at 3am

– 1.30am lockouts across the board

The New South Wales Government has announced a raft of measures to combat alcohol violence, including Sydney CBD lockouts, a freeze on new licences and the closure of bottle shops statewide at 10pm.

Premier Barry O’Farrell is outlining the changes in Sydney under what he has describes as “one-punch laws”.

He confirmed a mandatory minimum sentence of eight years for fatal one-punch assaults if they are fuelled by drugs or alcohol.

The Premier also announced that sentences for serious assaults involving alcohol will be increased by two years.

There will also be a 1:30am lockout of licensed premises across new expanded CBD precinct and drinks will stop being served at 3:00am.

The changes affect an expanded CBD precinct which spans from Kings Cross to Darling Harbour.

No new liquor are to be approved in the zone and “periodic” risk-based licensing will be introduced for some venues.

The Premier says he expects some opposition to the measures.

“The new measures are tough and I make no apologies for that,” he said.

“These new measures will, in some quarters, be opposed in total or, in part, by some.

“What has been happening on Sydney’s CBD streets and in other parts of the state demands strong action and this Government is committed to delivering that strong action.”

The Government has faced immense pressure to crack down on alcohol fuelled violence since the fatal assault of teenager Daniel Christie in Kings Cross on New Years eve.