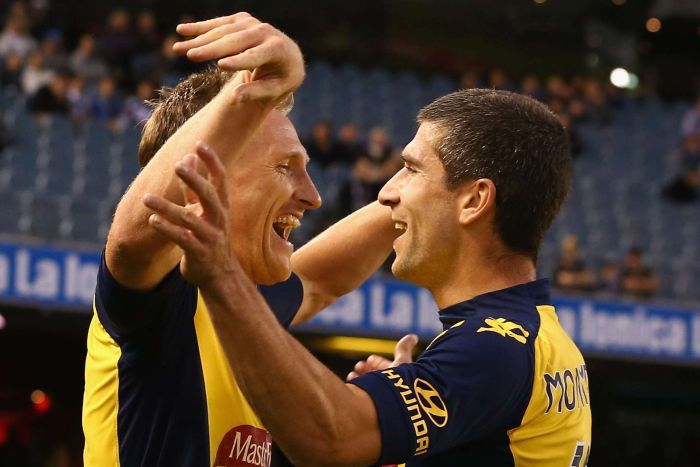 Central Coast Mariners believe they have solved the cash-flow problems which led to players failing to be paid this week after English businessman Mike Charlesworth took control of the club on Thursday.

Charlesworth, an existing director and one of the club’s shareholders, has agreed to a substantial fresh investment into the Mariners.

The Mariners say the injection of funds will allow the immediate payment of players, coaches and staff – with players having not been paid on time this week.

“In addition, the funds will allow the Mariners to implement business plans to continue the growth of the club,” the Mariners said in a statement.

Earlier on Thursday, the Australian soccer players’ union slammed Mariners’ management for not paying their squad on time as negotiations continued to sell the A-League club.

Charlesworth and two outside groups were believed to have expressed an interest.

Professional Footballers Australia (PFA) said some players had been unable to afford groceries because of the pay delay.

“Despite been (sic) assured on a number of occasions that payment of their salaries would be imminent, these promises have failed to materialise, placing the players under enormous financial pressure and hardship,” the PFA said in a statement on Thursday.

“In some cases, the players have been unable to pay for their families’ groceries.

“The players have acted in good faith, however there is a limit to their goodwill.”

The Mariners, who sit second in the league, admitted on Thursday they were experiencing “ownership and financial issues”.

But coach Graham Arnold said the players had spoken to long-time club owner Peter Turnbull and Charlesworth, and were feeling buoyed by what they had to say.

“It’s been a tough week for the players,” Arnold said.

“Before training, the chairman (Turnbull) and board member (Charlesworth) had a chat to them over loudspeaker on the phone to inform them what’s going on and I think that’s relaxed a lot of the players.”