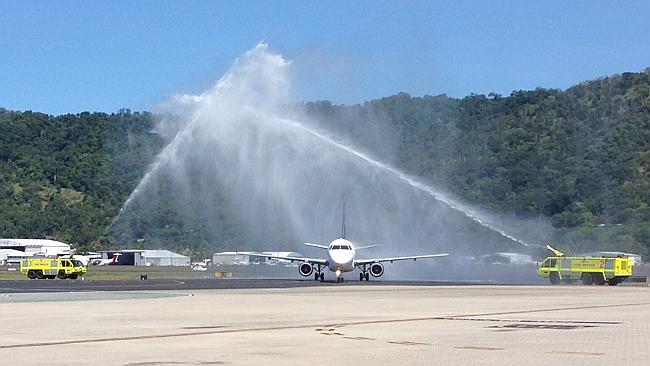 TTN: Air North, the airline that’s stepped in to fill the FIFO gap between NT’s exotic Gove and its feeder ports of Cairns and Darwin, has touted the route’s capacity to transport not just FIFO travellers, but a growing marketing of business and leisure travellers between the remote regions.

Airnorth has made its first Darwin-Gove-Cairns run, the day after Qantas scrubbed the route.

The national carrier pulled out after Rio Tinto announced Gove alumina refinery, on the Western side of the Gulf of Carpentaria, had become unviable and would close, putting more than a thousand people out of work in the region, many of them FIFO workers.

Airnorth will operate an Embraer E170 once a day seven days a week on the three-hour trip to Darwin.

The aircraft features a 76-seat capacity compared with the 125 available on Qantas’ Boeing 717s.

Passengers booked through Qantas will travel on a code-share arrangement.

Simone Saunders, Airnorth’s CFO and general manager commercial was on the first flight into Cairns on Monday morning.

She said even when the Gove shutdown is complete the route would still make money. “We believe Gove is viable, even without the refinery,” she said. “We’re confident this service will be ongoing.”

She said the aircraft was full out of Darwin and brought some 40 people to Cairns. Its afternoon flight from Cairns back to Darwin was fully booked.

Janice Antonson, GM of aeronautical development and marketing for Cairns Airport owner North Queensland Airports, believed the route would not just cater for workers, but for a good number of business and leisure travellers.

She said Cairns was growing as a FIFO destination, with a 10 per cent rise in the category last year, even as other destinations were shrinking.

She put this down to superior lifestyle conditions locally.

Mrs Antonson said the next prize to chase would be an Airnorth link between Cairns and Mackay, with Cairns International becoming the point of departure for Mackay travellers looking to make overseas connections instead of Brisbane. She said the airport was working hard to get a direct link to Singapore, with the E-gate self-service passport facility already set up to handle Singaporean passports.

Mrs Antonson said the airline planned to operate the service through to Chinese New Year in mid-February and would decide whether it would continue after that based on demand.