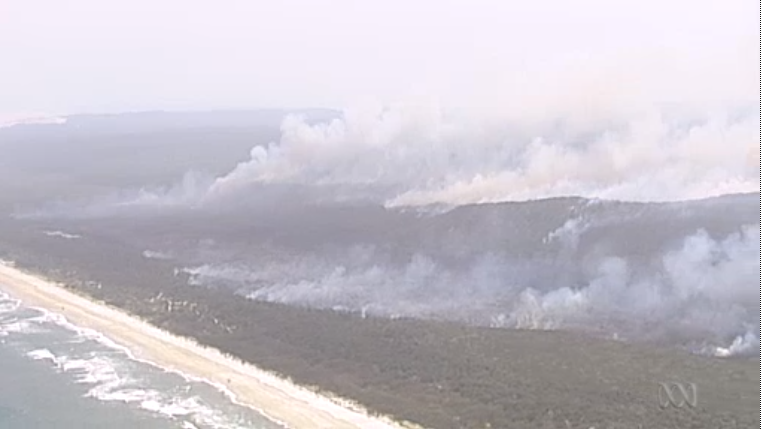 Authorities have begun evacuating about 900 campers who are in the path of a large bushfire on North Stradbroke Island, off Brisbane.

The blaze was sparked by a lightning strike over the weekend and has been burning for several days.

It is not threatening any properties or campsites but is expected to move into the popular Main Beach area this evening.

Barges have begun leaving the island as part of the mass evacuation.

Kevin Walsh from Queensland Fire and Rescue says the evacuation is being coordinated with the tide.

“We’ve been advised the tides will be okay around 11:00am (AEST) for people to start moving out from that location and it’ll still be alright by mid-afternoon.

“There’s a long window and a big opportunity for people to progressively move out during the day.

“We’ll be receiving northerly winds … which will push that fire towards this area of the beach.”

Police are advising campers to tell authorities when they have left Main Beach.

“Please head to the Dunwich Community Hall on the corner of Ballow Road and Junner Street,” police said in a statement.

“The objective is to have North Stradbroke Island, south of the causeway, clear of people by 4:00pm (AEST).

“[The causeway] will remain closed until the threat of fire has been reduced.”