No picture, no story: Media fail for Women in League 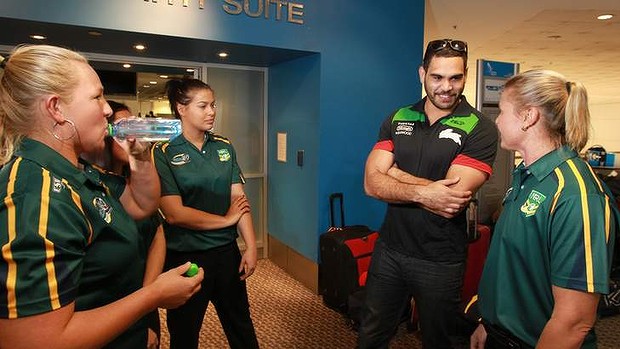 Australia’s Women’s Rugby League team’s World Cup win is not being widely reported by Australian media because after all – no picture, no story. PICTURED ABOVE: The more bankable Greg Inglis sees the Jillaroos off at the airport last week (smh.com.au)

At 7am on Monday 15th July, even abc.net.au only had old news reporting the Jillaroo’s entry to the World Cup Final (below).

theroar.com.au – one of Australia’s most respected sports news sites – also reports nothing.

Nice to see women are still represented as WAGs and sex objects though. 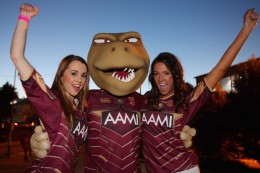 Jillaroos on their way to World Cup final

The Australian Women’s Rugby League team has had a massive win over France in the World Cup in England overnight.

The Jillaroos defeated France 72 – 0, setting up a likely final between Australia and the current world champions New Zealand.

Four members of the national team play for the Helensburgh Tiger-lillys north of Wollongong, including stand-out player Samantha Hammond who scored five tries in the win against France.

“Yeah brilliant result. We’re so proud. The kids are proud of themselves to make it. The parents are proud. The region should be proud of the kids, like four players from the Helensburgh club … I couldn’t be prouder,” he said.

Mr Doran says the Jillaroos have a tough opponent in New Zealand but they’re feeling confident.

“New Zealand have won every World Cup, the three World Cups since 2000. They beat Australia 38-0 last World Cup so that’s who we play the next game.”

There’ll be a dead rubber between the two sides this week before they face-off again in the final on the weekend.