No other carriers, no KI upgrade, says REX 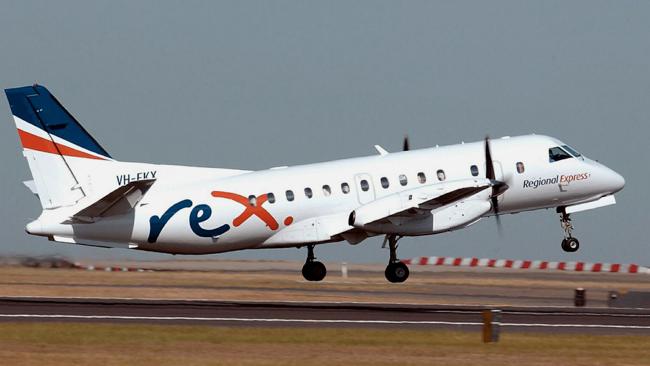 From the adelaideadvertiser.com.au 4th September 2013

THE sole airline flying from the South Australian mainland to Kangaroo Island is warning it may cut services or increase ticket prices if a proposed upgrade of the island’s airport goes ahead without attracting more operators.

The KI Futures Authority has a $18 million plan to extend Kingscote Airport runway and upgrade the terminal to accommodate larger planes, allowing direct flights from interstate.

The authority is lobbying state and federal governments for funding, arguing that passenger numbers have declined almost a third over the past decade.

The KI airport upgrade would enable 50 to 70-seater planes to land on the island and could boost visitor numbers from about 40,000 annually to about 70,000.

Authority general manager Kris Roberts said discussions were under way with other airlines, including QantasLink, but none had committed to start direct services to KI.

Regional Express Airlines flies 34-seat planes from Adelaide to Kingscote and back, up to five times a day.

REX general manager network strategy and sales Warrick Lodge said his company was concerned it would have to shoulder the extra costs of operating at an upgraded airport if no other airlines signed on.

“REX has a concern with the ‘build it and they will come approach’,” he told The Advertiser.

“It would be wise … to get more of an iron-clad guarantee from an operator that was wishing to service (KI) before spending taxpayer money on upgrading the airport.

“The upgrade has the real potential of increasing operational costs for REX, making the service to Kangaroo Island not viable and the potential to actually see service level reduction on what they already get.”

Other costs would come from installing baggage carousels and extra electricity use.

“We would attempt to pass it (cost rises) on to the customers but in the current climate it’s not always easy,” he said.

Mr Lodge said REX planes on the KI route were, on average, half-full and the airline could easily carry 60,000 people a year if the demand arose.

Premier Jay Weatherill said he would wait to see a proposal from the authority before considering committing State funds.

Regional Australia Minister Catherine King said the Federal Government was aware of the need to upgrade Kangaroo Island Airport but was yet to make a decision about funding.

Liberal MP for Mayo Jamie Briggs, who represents KI, said the Council had presented to him “a strong business case and, if elected, the Coalition will give serious consideration to the proposal”.