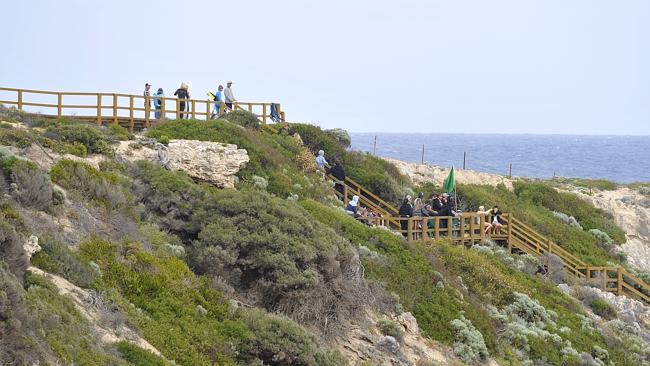 Newscorp and the AHA of Western Australia have teamed up to accuse the government of a lack of infrastructure spending in Australia, citing a $500m investment in a museum in Spain’s Bilbao region as an example of the sort of projects that should get up around regional Australia to draw visitors out of cities.

SOME of Australia’s hottest regional holiday spots are struggling to attract tourists for more than a fleeting visit as a result of poor investment and limited access.

Broome, Margaret River, Kakadu, Geelong, the Mornington Peninsula and virtually anywhere outside of Sydney are among those suffering from the “two-speed” tourism economy emerging around the country.

“More major events need to be developed and visitors encouraged to stay longer.”

Her concerns are echoed by National Visitor Survey data that shows expenditure slumping in the regions as tourists opt for a day trip rather than an overnight stay.

Although regional Victoria attracted 65 per cent of the state’s tourists, they accounted for just 43 per cent of all expenditure.

It was a similar story outside of Sydney where 70 per cent of tourists ventured — but contributed less than 60 per cent of the total tourist dollars.

Regional South Australia experienced a similar issue, pocketing just 43 per cent of all tourist expenditure from more than 60 per cent of the state’s visitors.

Australian Hotels Association Western Australia CEO Bradley Woods said tourists needed a reason to get out of the major cities and currently, that wasn’t happening.

“The mining and resources boom has provided a great deal of stimulus for accommodation demand in the last five years, but that market has died down quite substantially,” said Mr Woods.

“Since mid-2013 it’s been very sporadic in regional areas. Margaret River and Broome have been particularly affected and almost forgot about.” He said governments needed to look overseas for inspiration and suggested building an attraction similar to Spain’s Guggenheim Museum in Bilbao.

“Bilbao is now one of the most visited cities in Europe, as a result of $500 million investment,” Mr Woods said.

“It was an extremely successful investment for the people of Spain, and there’s no reason we shouldn’t be thinking about iconic infrastructure of an arts nature.”

“Governments need the regional tourism and hospitality sector to thrive to ensure that employment opportunities grow and local economies flourish, but at the moment there is a serious gap between intent and delivery” said Ms Giuseppi.