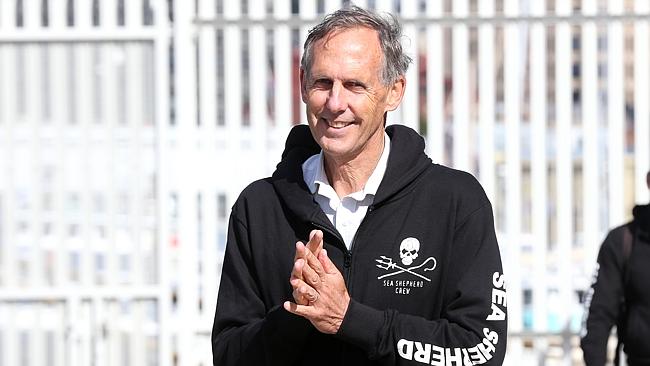 TTN: This story from News Limited implies that Greens icon Bob Brown may be interested in getting involved in a Tasmanian state government campaign that suggests that many natural heritage fights have been won by conservationists in the state. The story is running even though Brown’s world heritage campaign manager said he’s ‘unlikely’ to be involved in any government campaign – Brown dislikes all interruption to the World Heritage area, up to and including the most recent Ecotourism Investment Portfolio.

BOB Brown is one of the staunchest opponents of development within wilderness areas but the state’s peak tourism body is courting him to be “the face” of a campaign to boost visitor numbers to the areas.

“Bob Brown defines some recent history … and that’s what we need to be focused on in telling the story of the area,” Mr Martin said.

“The issue here is about trying to find a way to celebrate the process that he and others were involved in to preserve these areas.”

He said using Dr Brown to promote tourism in the Tasmanian Wilderness World Heritage Area could also ­improve relations between the tourism industry and environmentalists, who are often pitched on opposing sides of the conservation debate.

He said tourism could be part of conservation efforts, with Tasmania’s wilderness ­attributes a driver for tourism.

But the move to see him promote tourism in the World Heritage Area seems unlikely given his fierce opposition to the State Government’s pledge to “open up” national parks and world heritage areas to “sensible development”.

“Settlement of these iconic wild and scenic places will kill their wilderness value,” Dr Brown said in February.

He could not be contacted for comment yesterday but speaking from the Daintree last week, he described the policy as “stupid, greedy and contrary to world’s best practice”.

“The one certainty of the Liberal Government plan is that it will degrade the world-renowned quality of Tasmania’s wilderness,” Dr Brown said.

“The Liberal Party cannot be trusted; this is the same government currently embarrassing Australia internationally by applying to withdraw 74,000ha of Tasmania’s World Heritage area, on spurious grounds, to allow for logging.”

Premier Will Hodgman said “sensitive and appropriate ­development” in and around parks and reserves would ­“unlock the potential” of the areas and boost visitor ­numbers.

Tourism groups and the State and Federal governments last week outlined their vision for the Tasmanian Wilderness World Heritage Area in a new document, the Ecotourism Investment Portfolio. It called for small, luxury eco-accommodation, new attractions and revamped facilities in areas like Cradle Mountain.