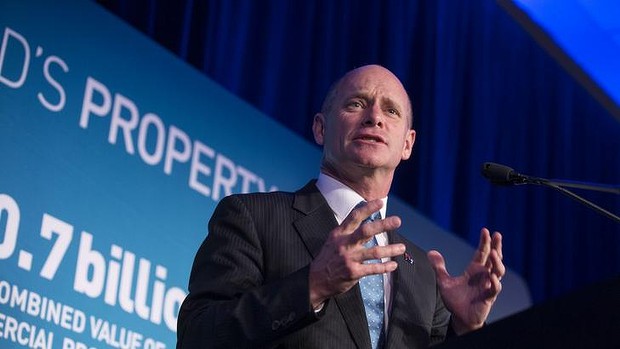 The Newman government appears to be distancing itself from moving more business to the regions as it continues its campaign of selling the Queensland Plan.

The day after the 30-year blueprint for the state’s future was announced by Premier Campbell Newman, Environment Minister Andrew Powell told a Local Government Association of Queensland conference in Hervey Bay that an upwardly mobile population would fuel regional Queensland’s growth, more so than the relocation of government departments and other businesses.

He said technological advances that alleviated previous necessities for employees to work in an office environment could potentially reverse the migration of regional populations to the city.

“The concept of regional hubs is such that anyone, public servants included, could hot-desk from any community in the state,” he said.

“Instead of forcing people to go to a centre, people will gravitate to where they want to go.

“People will want to move to the regions if we give them the ability to do so.

“Three or four days a week you can hot desk from Hervey Bay and it won’t necessarily be the department that is moved … but it might be 10 staff.”

Doubling the populations of Queensland’s regions outside the state’s southeast is one of the key components of the Queensland Plan, which Mr Newman unveiled on Thursday as “the people’s plan” following 18 months of consultation with 80,000 members of the community.

But, like Mr Powell, he said it was not the key to regional population growth.

Mr Powell told delegates at the LGAQ conference that because the anticipated regional migration would be fuelled by people choosing where they wished to live, rather than being forced to relocate to specific centres, it was up to regional councils to begin showcasing their strengths to attract more residents.

“Identify what your regional strength is in, then start having a conversation about growing that strength,” he said.

“Look at your regional strength, what you can offer people then start thinking innovatively around the infrastructure you need.

“Please don’t let this opportunity pass you by.

“Decentralisation is the key to making each region strong and independent.”

From the Brisbane Times, 2nd August 2014

Strong local governments, such as those on the Gold and Sunshine Coasts, will making decentralising the state easier, according to an expert. Photo: Sahlan Hayes

Doubling the number of people living in regional Queensland by 2044 is completely achievable, according to a leading population expert who says the state has evolved differently to its southern counterparts.

Chris Johnson, the Sydney-based chief executive of Urban Taskforce Australia, said just half of Queensland’s population lived in its Brisbane. In comparison, 75 per cent of Victorians call Melbourne home and 64 per cent of New South Wales residents choose to live in Sydney.

Doubling the population outside the Sunshine State’s southeast is a key target of the Queensland Plan, released by Premier Campbell Newman on Thursday.

Mr Johnson said the increasing size of the state’s regional centres, such as the Gold and Sunshine Coasts, meant governance in Queensland was vastly different to that in southern states.

“Queensland, for various reasons, has bigger governments than NSW and Victoria,” he said.

“Brisbane, the Gold Coast, the Sunshine Coast all have bigger structures for local government, which means greater authority with those areas.”

“I think over time a stronger regional government structure has evolved and they are more identifiable in their locations.”

Local Government Association of Queensland president Margaret de Wit said while there were challenges ahead in attracting people to the regions, the plan provided many councils with direction.

“It will be a very big challenge but this is where the local communities can say, ‘what can we do out here that can attract people. What opportunities are there?'” she said.

“Be it resources or tourism, they can look at what opportunities there are and that’s what I’m seeing already. In some places councils can see an opportunity for tourism and are already working on that themselves.

“That’s why the Queensland Plan will be a boost for those people.

“It’s not just motherhood statements that sit on a shelf but it gives direction.”

Cr de Wit said it was important to remember the Queensland Plan was a 30-year strategy.

She said the ambassadorial council announced as part of the plan would also prove invaluable for regional councils.

“Country people are so innovative in so many ways,” she said. “They get off their backsides and do things and they will seize opportunities.

“Councils will have back-up from the ambassadorial council but it’s going to take a while before you start to see anything through their own corporate plans.

“A lot of councils have their own ideas and visions and they might come up with some different ways of doing things, but there is a lot of enthusiasm for the plan from local government and they have that enthusiasm there in spite of the fact they are doing so tough in so many areas.

“But they are so resilient.”