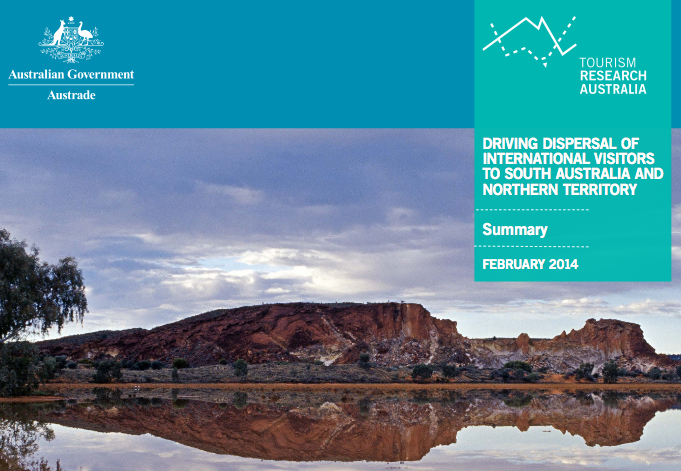 From the PDF summary:
Tourism Research Australia—in partnership with the South Australian Tourism Commission and Tourism Northern Territory—contracted ORC International to undertake quantitative research during April, May and June 2013. The aim of this research was to understand the major barriers to dispersal for those international holiday visitors to Australia who do not include South Australia or Northern Territory in their travel itineraries.
A total of 513 face-to-face intercept interviews were conducted with visitors from the USA, UK and Europe at four Australian ports. This report summarises the research findings.
To see the original PDF here or by clicking the image below. 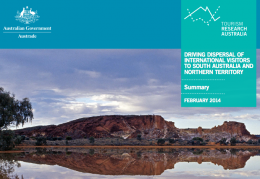 The main barriers to dispersal: