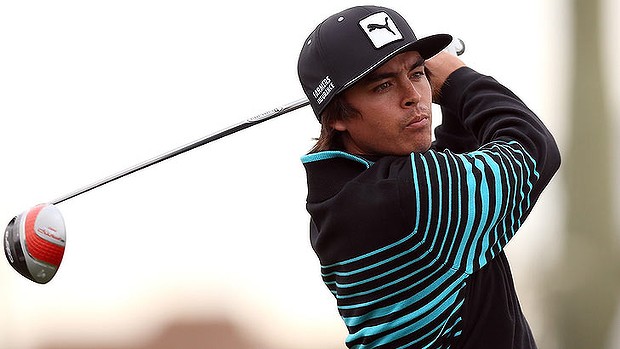 Australian PGA Championship organisers will chase crowd-pulling Americans Rickie Fowler and Bubba Watson and seek inspiration from the party atmosphere of last month’s Phoenix Open as the tournament settles into its new home at Royal Pines on the Gold Coast.

After 11 years at Coolum, Australia’s oldest professional tournament will begin a five-year tenure at Royal Pines in November or early December. Exact dates will be set in coming weeks, enabling organisers to lock down some bankable names.

The event’s time at the Sunshine Coast ended messily, with after a commercial impasse with new resort owner Clive Palmer.

Concerns that Royal Pines, already home to the Ladies Masters, will be much too easy for the longer-hitting male players have been alleviated by a five million dollar investment to systematically upgrade the resort course to championship status over the next five years.

Tweaks will have already been made before the 2013 event, with the course’s former travelling pro and British Open winner Wayne Grady insisting some tightening of fairways, lengthening of rough and added bunkering won’t make it a complete birdie feast.

Even if it is, the PGA doesn’t appear too concerned, given the tournament they have in mind to use as inspiration. Phil Mickelson won this month’s Phoenix Open in front of massive crowds with a whopping 28 under par, just two strokes short of Tommy Armour III’s PGA tour low set at the Texas Open in 2003.

More than half a million fans filled the fairways over the four days to soak up the festival atmosphere, which included party holes and entertainment that continued well past the final putt.

Australia PGA chief executive Brian Thorburn said Phoenix was a good template for the Australian PGA Championship, given the huge affection players had for the facilities at Coolum, which enabled them to stay on course with their families.

Royal Pines offers a similar experience and Thorburn said the relaxed, informal atmosphere that was a hallmark of Coolum could expanded on Queensland’s south coast, with a rock band just one idea to keep patrons around well into the evening.

“It’s different to everything else. It’s not like the Australian Masters or the Open or Perth, where you’ve got something that happens on a golf course and at five o’clock everyone goes home and they come back the next morning,” Thorburn said.

“A model we’d aspire to is the Phoenix Open, which was just held in Scottsdale, Arizona. Phil Mickelson won it with 28 under. They had a party hole on the 16th. They had 500,000 people through over four days and 173,000 through on the Saturday.

“That’s America, but it’s a unique atmosphere. To get 28 under means it’s not as challenging a course as somewhere else but you deliver an entertainment experience that’s unique.”

Australian players like Jason Day, Geoff Ogilvy and Adam Scott, all of whom have supported the Coolum event over the years, are on top of the hit list but Thorburn said high-profile internationals were also a priority.

Fowler and Watson drew huge galleries at Coolum in 2011 after the President’s Cup and their appeal to a younger audience makes them a natural fit to launch the next phase of the tournament.

“We’re never going to get the number we had in 2011 with the President’s Cup because they were all here for a different reason,” Thorburn said.

“You’ve got to set your sights on the kind of player you want.

“In the past with the PGA, players like Rickie Fowler and Bubba Watson are real crowd pleasers and crowd pullers. We haven’t done anything with them yet but they’ll certainly be on our shopping list.”

With a massive sporting year in Australia that includes an Ashes tour, scheduling will be absolutely vital if the PGA hopes to lure some prized names to Royal Pines.