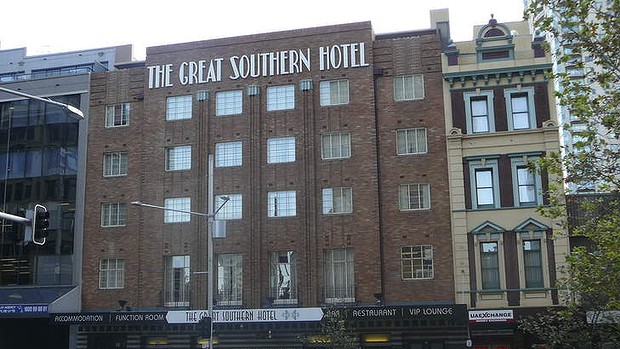 City pubs and clubs may soon be granted exemptions from the state’s tough 1.30am lockout laws, but in most cases only for their pokies lounges.

The Office of Liquor, Gaming and Racing has confirmed it is assessing six applications from venues in the CBD entertainment precinct, five of which want exemptions for their gaming rooms only.

In the CBD, those venues are the Great Southern Hotel and Charlie Chans Bar & Bottle Shop on George Street and the Star Hotel and Scruffy Murphy’s on Goulburn Street. The Colombian Hotel on Oxford Street is also seeking an exemption for its gaming room.

The only venue seeking an exemption for its bar area is Arq, a nightclub on Flinders Street in Darlinghurst, which wants the entire venue excluded from the lockout.

Section 53ZA of the relevant legislation, introduced in January, allows authorities to limit any exemption to a particular part of the venue.

“Any such exemption may, if the relevant order so provides, apply in relation to a specified part of the CBD subject premises concerned,” the law states.

Exemptions can only be granted if the OLGR is satisfied they will not result in more alcohol-related violence or harm within the CBD entertainment precinct. Venues must have additional measures in place to reduce the risk of violence or anti-social behaviour on the premises.

A spokesperson for the OLGR said exemptions from the lockout and last-drinks measures were assessed on a case-by-case basis and were “difficult to obtain”.

Great Southern Hotel licensee Patrick Aley said his venue applied for an exemption for its pokies room alone because he felt it had a better chance of succeeding.

“That’s what we’re most likely to get,” he said. “They won’t give out exemptions for bars.”

Mr Aley said opening the pokies lounge between 1.30am and 5am would boost the venue’s “razor thin” profit margin, even though patrons would not be able to buy alcohol.

“The gaming is how we make our money. People who play the pokies, that’s when a lot of them play.”

Gaming is how the government makes money, too. NSW pockets more than a billion dollars in tax revenue from the pokies each year.

Unlike routine licence amendments, applications for a lockout exemption will not be published on the OLGR’s online noticeboard. Only successful applications will be listed once they have been assessed. None has been granted so far, and it can take months for applicants to finalise the paperwork and the OLGR to assess the application.

“Many of these people would have already had a few drinks and the rate of gambling losses goes up exponentially the more drinks that you have,” he said. “This is a cynical and money-grabbing exercise.”

Arq owner Shadd Danesi said his application was still being finalised and he would not comment further, but previously told the Herald the club’s revenue was down 30 per cent since the lockouts began.

The licensee of Scruffy Murphy’s, one of the state’s most violent venues, declined to comment.

A manager at Hotel Coronation on Park Street confirmed the venue was seeking an exemption for its upstairs bar but the OLGR said it had not received a formal application. The manager would not give further details.