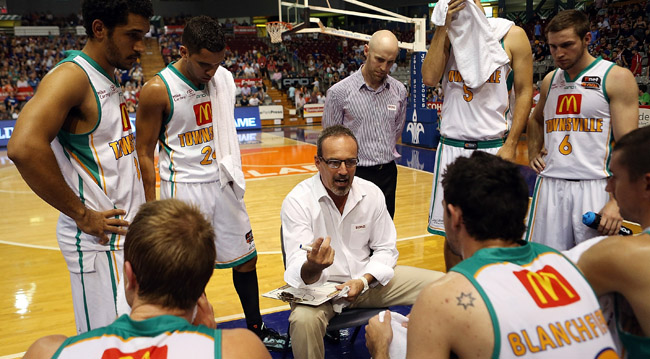 From the Townsville Bulletin

THE NBL players union has threatened the Townsville Crocodiles with legal action if the club doesn’t honour its contracts.

The move – which is backed by the club’s players – is set to place further strain on Barrier Reef Basketball Pty Ltd, which last week announced it was handing in its NBL licence amid losses totalling $2.5 million.

The Media, Entertainment and Arts Alliance says the company is in breach of its enterprise agreements after terminating its player contracts last Monday.

Because Basketball Australia last week refused the company’s surrender of the licence, the club is still technically in the NBL, the union said in a letter to chairman George Colbran yesterday.

Mr Colbran said Basketball Australia and the union were trying to make the company trade insolvent.

“We’ve given everything the last 20 years to players and it’s come to this, and the players are in this position partly because of poor performance,” he said.

“If we trade insolvent, we are in breach of the law. The only way we can pay out debts is if I lend money, which is what’s happening.”

The club sent players a letter of termination on April 8, 2013, committing to only two weeks’ severance.

“The club’s owners are avoiding their responsibilities by seeking to shut operations down without warning,” MEAA’s Mal Tulloch said. “The Alliance believes Barrier Reef Basketball’s attempt to exit the NBL and terminate player contracts is invalid due to Basketball Australia rejecting the company’s attempt to hand back the club’s licence.

“As of today, it is arguable that the company remains in the NBL.”

“This is not a reflection on the Townsville Crocodiles, but on Barrier Reef Basketball,” he said.

“Basketball Australia took the appropriate action in not accepting its licence surrender.

“From our understanding, Barrier Reef Basketball still holds the licence, and as per our contracts they are required to continue to pay players.”

Holmes said the club should have consulted with its players and appealed to the wider community before making last week’s announcement.

A steering committee was last week formed – including former general manager Pat Reidy and marketing manager Mark McGregor – which is trying resurrect the club through a community ownership scheme.

The committee has received a pledge of $1.4m from a mystery businessman, believed to be local property investor Andrew Camp.

Holmes said he had committed to play for a revamped Crocodiles.