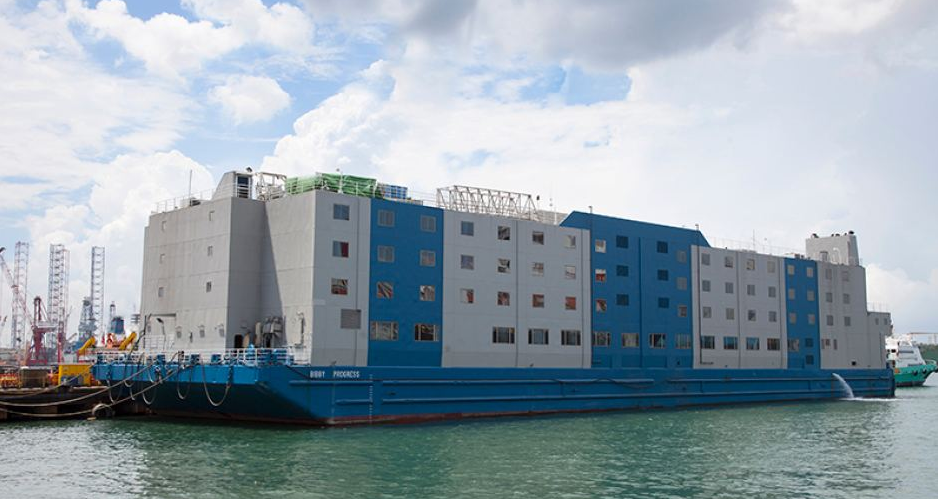 The owners of a 300-bed floating hotel proposed for Frances Bay in Darwin say they will appeal to the Northern Territory Chief Minister after their plan was rejected.

The Development Consent Authority (DCA) has knocked back the self-contained hotel, which would have catered for Top End construction boom workers over the next three years.

Rick Newland from Bibby Maritime says his group is looking at its legal and political options.

“We are looking at the appeal options open to us and they appear to be limited,” he said.

“We will get some legal advice.

“We think we have to go down that track.”

Mr Newland says he will seek a meeting with Chief Minister Adam Giles.

The Northern Territory News reported that Mr Newland said gas giant ConocoPhilips has already booked 500 hotel rooms in the Darwin area for up to six weeks over the next dry season.

He said this would only add to a critical shortage of tourist accommodation.

“It just puts paid to the amount of tourism you can function with in Darwin,” he said.

ConocoPhillips today confirmed its booking of 500 hotel rooms in Darwin during its planned Wickham Point LNG plant maintenance shutdown in August next year.

The company says it gave careful consideration to Darwin tourism in timing the operation, which is expected to last 35 to 40 days from August 29.

Bibby Maritime already has a floating hotel in place at Manus Island in Papua New Guinea.

It is being leased by the Australian Department of Immigration and Border protection to accommodate workers at the immigration detention centre on the island.

Tourism Top End says resources companies that book out hotels for hundreds of workers are driving up prices for tourists visiting Darwin.

General manager Trevor Cox says the ConocoPhilips booking is for the end of the peak tourist season but such big demands are affecting accommodation prices.

“It has driven the prices up,” he said.

“We are competing at a capital city level for pricing, and that is causing a few concerns.

“We are going to have to be a lot sharper in our marketing activity to counter that.”