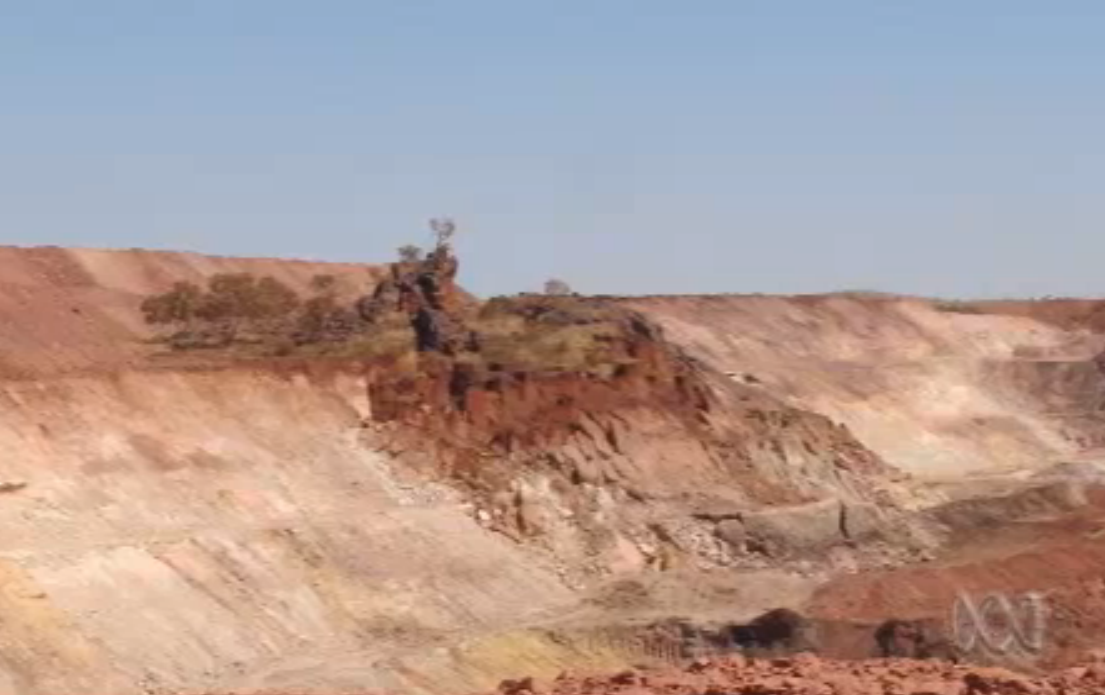 PICTURE: The sacred site ‘Two Women Sitting Down’ was desecrated by OM Manganese.

A mining company has been fined $150,000 for desecrating an Aboriginal sacred site in the Northern Territory.

It is the first case of desecration brought against a mining company under Australian law.

OM Manganese has been found guilty of two charges of damaging a site known as Two Women Sitting Down at the Bootu Creek mine, north of Tennant Creek, in July 2011.

The company had pleaded guilty to causing damage at the site but not guilty to desecration.

In a lengthy legal battle, the Darwin Magistrates Court heard that the company had used explosives to break up ground in the area.

Some blasting had taken place about 25 metres from the sacred site.

The court had been told that OM Manganese was issued a clearance in 2004 to mine in the area but was advised of sacred sites in the area.

It had been warned to be cautious near the Two Women Sitting Down site when cracks began to appear in the rock early in 2011.

Earlier this year, former mine manager Paul Carrick told the court that the damage would not have happened if blasting had taken place further away from the site.

In making her ruling today, Magistrate Sue Oliver said the damage to the site was significant.

She said it was important to send a message to mining companies that sacred sites must be protected.

In determining how much to fine the company, Ms Oliver said there was “some risk that companies might be willing” to do a “cost-benefit analysis” where they would weigh up the fines of desecrating sites with the financial gains of mining.

OM Holdings chief executive Peter Toth said the company did not intend to cause damage or hurt through its mining, and there was no cost-benefit analysis involved.

“We genuinely believed at the time that our mining methods and the pit design was sufficient to technically achieve our objectives in terms of developing the pit while protecting and preserving the site,” he said.

He said the mining company deeply regrets the damage to the site.

“We never had any intention to cause damage or disrespect or hurt throughout the mining process,” he said.

“I would like to personally, unreservedly and sincerely apologise to the traditional owners for the hurt that we’ve caused throughout this incident.”

“You go to a cathedral or a major heritage site in Australia and you start desecrating that, either you get shot or major fine. Is it a reasonable levy here? I don’t think so,” she said.

She says laws protecting Aboriginal sites should also be expanded to include compensation for traditional owners.