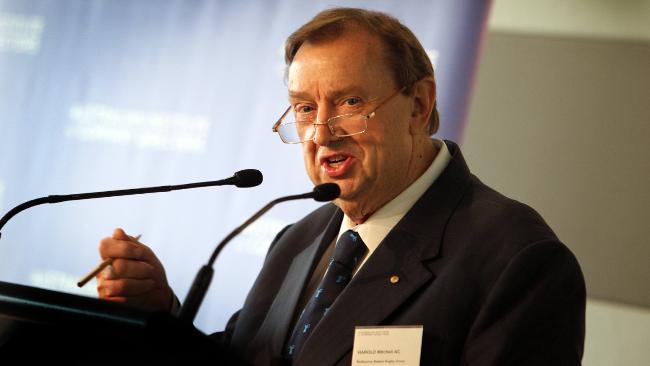 Last week, the editor dropped my column. It was a good story about Google and tax. There are moments when the editor faces tough choices.

He had to choose between the weekly wisdom of our team, including forecasting oracle Charlie who has made us all lots of money, or a last-minute opinion piece by the chairman of Qantas, who is doing the reverse.

Given the daily news about Qantas it was fair enough to give way to a story headlined ”Mayday, disaster in the making as Qantas sends a distress call”.

I couldn’t have been more interested myself. Basically the chairman was saying, ”Give us more time, we need a fair go and a level playing field.”

As my good friend David Leckie would say, ”Well, hello.”

After more than 40 years in business here and elsewhere, I can tell Mr Clifford that there is no such thing. And even if there was, the wind only ever blows from one end.

Business is a rough old place and only the good ones make it. Let me declare an interest. I sit on the Crown board with Geoff Dixon, a good friend, and am in awe of what he did at Qantas. His chairman was Margaret Jackson, also a good friend, and John Borghetti, now at Virgin, another friend who is a star.

I thought I’d have a look at what that particular group accomplished compared to chairman Clifford and chief executive Joyce. First, however, I should say that I’ve had a fair bit of experience myself in chairing companies and sitting on boards. I sit on 11 boards, of which I chair eight.

At the final meeting of our public company, Mitchell’s, before it was sold into a big world company in 2010, I asked our chief executive why one of our long-term but smaller shareholders had bothered to come.

Her name was Janet and she was our third employee, a typist as we called them in those days, when I started the company in 1976. She had come down from the country with her husband for the final meeting. My chief executive filled me in, ”They invested $50,000 of their superannuation in the company in 2003 because they believed in you. It’s now $1.5 million and they want to thank you.”

And I reckon that’s what public companies are about. Australian shareholders in our case took a profit and ended up owning 10 per cent of the new company. Twenty months later, it was taken over by a Japanese company and shareholders who stayed with it doubled their money again.

Our country is filled with people like Janet. They’re called ordinary Australian shareholders and they expect their companies to do well.

In the seven years between 2002 and 2008, my mates Dixon and co made a cumulative profit for Qantas shareholders of $4.350 billion.

Louise chimes in, ”So Leigh Clifford is saying they need more time. How did his lot do?” Well, the cumulative profit for the 5½ years to December 2013 is about $20 million. ”That’s ridiculous,” says Louise, ”they don’t need more time.” ”Quite right”, Charlie says, ”time’s up.” Leigh Clifford needs to toughen up.

We had to break up a cartel to start our business and then live through a market flooded with international competitors who never stopped trying to get rid of us. Dixon and co had to live through the Iraq War, September 11, SARS and a huge spike in fuel costs.

Nothing too level about those playing fields. And no time pleas entered into. And as for the furphy of limiting Australian shareholding, chairman Clifford, have a look at Australia’s number one ad agency, Clemenger. For most of its life, 51 per cent Australian-owned.

I’m a great supporter of Qantas. In pulling together our deal to look after the interests of Janet and others, I took Qantas to London and back every month.

But I feel so angry. Not about having the column dropped. I was pleased, but not impressed to see Leigh Clifford’s point of view. But I won’t travel Qantas again while the current chairman and chief executive are there.