Maroons fans priced out of NRL’s State of Origin 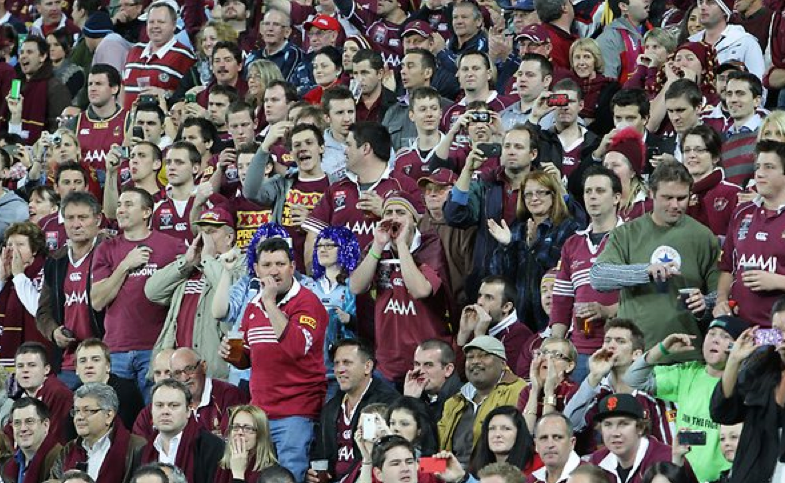 In a major embarrassment for the code almost 8,000 tickets remain unsold for the landmark 100th State of Origin game next week at Suncorp Stadium.

This is despite a minor reduction in the cost of select tickets last week.

The game should have been sold out in days as it is a truly historic moment for the code. However, rugby league’s working class fans have baulked at ridiculous price hikes which have seen some tickets nearly double in cost from last year.

Officials could even have to give tickets away to junior clubs so empty seats don’t ruin the spectacle.

Meninga said the QRL, which employs him, must swallow their pride and slash prices.

“I guess the league has to make some tough decisions and say they’re sorry and admit they’re wrong and make it more available to our core supporters.

“Our blue collar workers, our mums and dads who love the game so much and want to come to Origin.

“We learn our lessons and hopefully we’re strong enough to put our hands up and say we were wrong and make it a bit more accessible to our audience for game one and for game three as well.”

It was the poorest crowd since the old Lang Park was redeveloped in 2003.

For the first time ever, the governing body is running an advertising campaign to try and convince people to buy tickets for a State of Origin Game One.

Late last week the ARL Commission and the QRL released a limited number of silver category seats for $125, a third off the original price.

Still, take up has been slow.

The QRL simply got their price point for State of Origin demand dramatically wrong.

Their membership special cost an outlandish $695.

The Maroons Membership gave supporters a ticket to the first and third Origin games plus other bonuses such as an $80 membership pack, a maroon wig and a tour of the Fourex Brewery.

Though some seats are as cheap as $80 for adults, prices spiral up to $370 for category one tickets and $250 for a seat in the upper tier of the western stand.

If Queensland head into Game Three with the series wrapped up, ticket prices will have to be halved.