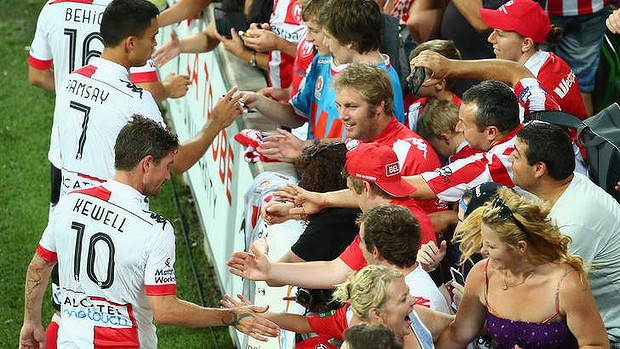 English Premier League club Manchester City, in partnership with a group of owners of NRL side the Melbourne Storm, have acquired A-League franchise the Melbourne Heart.

Football Federation Australia approved the acquisition on Thursday. The move will allow the new owners to assume responsibility for all existing obligations of the Heart, effective immediately.

The Storm’s ownership group will be minority shareholders with a 20 per cent stake.

Manchester City chief executive Ferran Soriano said he was excited about the opportunity to make the Heart one of the most successful clubs in Australia and throughout the region.

‘‘We believe the strong sports culture of Melbourne combined with the football and commercial expertise within our consortium will make for a powerful combination both on and off the pitch,’’ Soriano said in a statement on Thursday.

FFA boss David Gallop welcomed the acquisition of Heart’s licence as a huge vote of confidence in the future of the A-League.

‘‘Manchester City and their Australian partners have made a strategic investment and I welcome them to our growing competition. It’s another sign that the world is taking notice of Australian football,’’ Gallop said.

‘‘Manchester City and their partners will bring a high level of expertise in football and sports business matters and that can only strengthen the Melbourne Heart and the Hyundai A-League as a whole.’’

The new ownership group said it would not be making any major announcements until mid-2014, out of respect for the coaching staff and players.

Melbourne Heart, whose highest profile player is former Socceroos star Harry Kewell, have won one game this season and the A-League’s bottom side is on the road against Adelaide United on Sunday.

The Heart are in a buoyant mood after beating Newcastle Jets 3-1 last weekend.

They have been in talks with Heart chairman Peter Sidwell and his fellow directors for a number of months. However sources indicated that some of the cash will be provided by the fabulously wealthy investors from the United Arab Emirates who have helped to turn Manchester City into one of the strongest clubs not only of the English Premiership but also European soccer.

Despite their win over the Jets at AAMI Park, Heart is currently bottom of the A-League and has had a horror season.