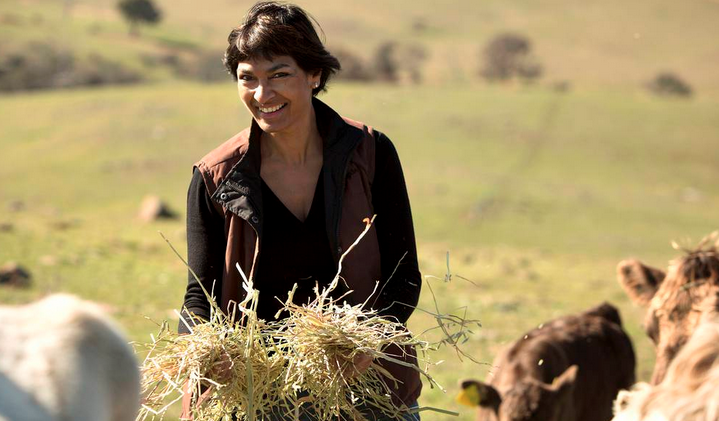 TTN, 5th December 2014: With state and federal regional development organisations under investigation for corruption, private organisations such as the Regional Australia Institute are filling the gap left by government orgs in media commentary and in advocacy roles.

Regarding national regional funds, Labor are in the firing line in this piece from The Herald Sun: national auditor has attacked Labor’s handling of a regional slush fund, finding almost half the money went to projects that had not been recommended for funding, and that money had been withheld from Coalition seats.

Influence and leadership, says CEO Su McCluskey, is about inspiring others to “come along on the journey with you”.

“It’s not about telling, it’s about listening and about saying ‘how can we work together’ and ‘how can we make a difference’, because a collective is much more powerful and can achieve more than one person.”

As chief executive of Regional Australia Institute, McCluskey is more than aware of the importance of connecting and communicating with people.

As head of the RAI, an independent not-for-profit think tank on opening dialogue with communities, she is entrusted to rally policy makers, businesses and politicians to stimulate economic growth in regional areas.

Being the link between research, policy and implementation on the ground is not an easy task, she says. But a past life spent in taxation and working on GST reforms for the ATO and in various advisory positions across industry, business and tourism, ensures she is more than up for a tough job in cutting business red tape.

Her leadership skills and ability to make change in business has drawn accolades from her peers and colleagues. In 2013 she was named as one of Australia’s most influential women.

With 10 categories in the awards: board/management, innovation, public ­policy, business entrepreneur, diversity, young leader, global, social enterprise or not-for-profit, philanthropy and local/regional, McCluskey was named the most influential for the latter. Scientist Professor Adele Green was named the most influential that year, with Australia’s Sex Discrimination Minister Elizabeth Broderick named this year’s for her far-reaching work.

The attention the awards placed on McCluskey in the past 12 months has helped raise the profile of RAI, which, she says, would only benefit regional communities. She is regularly called on to take a chair for numerous panels on regional industry challenges and change here and in New Zealand. The attention also encourages her to reflect on her own leadership style and how she is perceived in business.

“Like so many of us, I just get on and do the job … and to see it from the perspective of others is incredible as I realised you can learn about yourself and be inspiring for other people,” she says.

Women, she says, are notoriously known for their reluctance to put their hand up for acknowledgement, regardless of their work status. She remains grateful to her nominator and encourages other women “to put their hand up” and be recognised.

“A lot of women are still reluctant to be recognised or acknowledged for their work. I wouldn’t necessarily have entered myself (for the awards) but after I was nominated I could see the positive attention that it placed on women, particularly in rural and regional areas.”

As director of RAI, McCluskey has helped develop a regional competitiveness index to help identify where opportunities and problems exist. “My story shows that you don’t necessarily have to know what success looks like – you can navigate through life and still make a difference,” she says. “I have been lucky to be able to work in jobs that I really enjoy and when you are passionate about something that really helps.”

Working her way to a CEO position took just that: work. She experienced no bias in her career path, she says. With her background in farming, taxation and policy she simply “puts theory into practice” and understands what life is really like for rural and regional people. This can-do philosophy has seen McCluskey and husband Bob develop a 200-head cattle farm in Yass, NSW. She drives to her Canberra office daily, where she swaps sturdy work boots for “wonderful shoes”. But her “ultimate shoe” is a women’s work boot that is both “stylish and appropriate for the farm,” she laughs.

She credits her grassroots work ethic to her family and having worked in the trucking industry, initially as a delivery driver, and on the land at an early age. A stint as a policy advisor with the National Farmers Federation helped cement her drive for change and improvements in the bush.

“Being a farmer meant you knew what it means to fill in an activity statement and understand insurance. I could speak from experience and when you were looking at working on policy you could see and look at how it was going to work in practice,” she says.

“I come from an outcome and practical experience background. Different people have different thinking and it’s about how you bring it together to get the best outcomes.”

Living in a rural area, she says, should not be a barrier to achieving success in life. Improvements in technology, evolution in thought leadership and the corporate world and wider discussion on women in leadership roles continually opens the doors to new global avenues. However, it was connectivity with people that should always remain key in business.

“For me, it (business success) shows you can live in a rural or regional area and still have a great career,” she says. “You can go to the city and learn and get your experience and come back to regional life.”

McCluskey says while a recent industry report found more than half of women (55 per cent) believed they had to work harder to receive professional recognition, with two in five men (43 per cent) also acknowledging this as an issue for females, she did not encounter unconscious gender bias in her career.

The 2014 Westpac Women of Influence Report surveyed 100 professionals and found that 64 per cent of them were not familiar with the term “unconscious bias”. Once they were made aware of the term, however, 46 per cent of the women surveyed believed they had experienced this bias in the workplace.

“Recognition from both genders about the barriers women face at work shows just how far we’ve progressed in this conversation,” says Larke Riemer, Westpac’s Director of Women’s Markets. “Gender issues aren’t just women’s issues; they are community issues because they impact productivity, companies’ bottom lines and the nation’s overall economy. So it’s really up to employers, employees, colleagues, government, partners and society to address this and find solutions.”

McCluskey says that in her career women have been known to “put up barriers for themselves” and it was not just gender related. “Some women don’t want to work 80 hours a week because they have or want a family, and that is OK, that is their decision,” she says. “But people shouldn’t make excuses for them in doing that… we can change a lot of things but we are a long way away from men having kids.”

McCluskey’s ability to speak openly about such issues and put complex research and policy into plainspeak draws accolades. Riemer says McCluskey “is an incredible example of the ways in which women can influence positive change in their communities”.

“Su has remained at the centre of debate on rural, regional and small business issues over a number of years, and she has worked tirelessly towards ensuring the voice of regional Australia is heard for the benefit of local residents.”

The mantle of being a role model sits comfortably on McCluskey’s shoulders. She says all people should embrace the opportunity to influence and make a difference if they are placed in such a position, no matter the industry.

“Personally, one of the opportunities I have as a leader is to inspire people; to really help young people and women to advance. It is partly mentoring but also being aware of what you can do to help nurture and assist people and be able to listen and give them guidance. You can take many different pathways in where you want to go. You don’t have to have it all figured out and there are great opportunities out there and it’s up to you take charge on where you are going to end up… and take others along with you.”

Life on the land with the Murray Grey stud, she says, keeps business in perspective.

“It keeps you grounded. You can’t really be thinking about too many things when you are in a cattle yard vaccinating.”