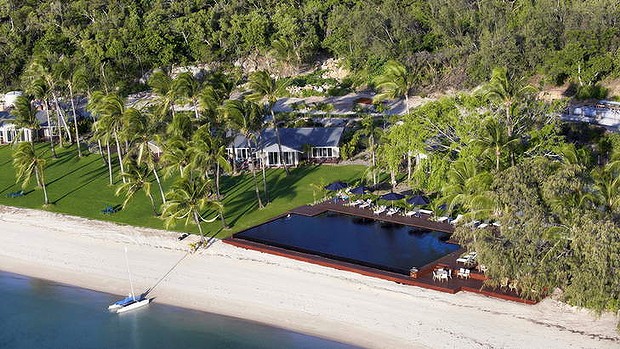 PICTURE: Orpheus Island Resort. The resort has no access to the state’s fire fighting services but is being charged a fire and rescue levy.

The owner of a Queensland tropical island resort has been hit with a $36,000 fire and rescue levy, despite the oasis not being covered by the state’s fire fighting services.

The government introduced the levy at the last budget to help offset ongoing costs arising from recent natural disasters.

But there have been concerns over how properties have been classified, given it is those categorisations which determine how much money is charged for the levy.

Last month, Christopher Morris, the owner of Orpheus Island Resort, received a $18,767 bill from the Hinchinbrook Shire Council to cover the fire and rescue levy for six months.

In the event of an emergency Orpheus Island would not be supplied any council or state government fire services and instead would need to rely on Mr Morris’s own helicopter service to carry out any necessary rescues.

And as the owner of the largest helicopter fleet in northern Queensland, the state government turns to Mr Morris when it needs additional airpower for mainland rescue work.

Mr Morris was told his 1000 square metre property which can hold a maximum of 20 guests and boasts no restaurants, cafes, amusements, shops, car parks, or even roads, had been categorised as Area E Group 12, which was the same as large mainland resorts and would be charged accordingly.

If the property had been categorised as a boutique, licensed hotel, which Mr Morris said was more accurate, the levy charge would only be $222.40.

“I rang up and spoke to the government about it and said ‘you can’t help me with fire, because you can’t get any fire trucks there and with rescues, you hire our helicopter operations anyway and unless the sea level rises by two metres it is impossible for the resort to flood’,” Mr Morris said.

“I think it is one of those things that people just didn’t think about. It is just very confusing, because the government says it is supportive of business and wants to get people to invest up there and this just seems to be a strange way of going about it.”

A spokeswoman for Community Safety Minister Jack Dempsey said while classification of properties was a matter for local governments, there was a provision to appeal a decision through the department.

Mr Morris, who has appealed the decision, said while he understood the reason for the levy, he found it “hard to understand the logic” of how it was applied, considering the government’s professed support for building business and tourism in the struggling region.

He said while he “loved” northern Australia and was “lucky enough to have the financial resources to invest in the area”, he questioned how it would affect business and said while he currently supported his own property’s losses, he would consider closing the resort if he was forced to pay the levy.

Mr Morris, who made his fortune as co-founder of Computershare, a share registry operator, bought Orpheus Island Resort for $6.25 million in 2011, in the midst of Queensland’s downturn in tourism.

Since then, the Melbourne based businessman has invested a further $15 million in improving the property, which shares the small Great Barrier Reef island with a James Cook University research station.

Mr Morris recently purchased Daintree Resort, which had been in liquidation, as well as Townsville’s Nautilus Airlines and Hellicharters in Cairns because, he said, he believed in north Queensland’s tourism resurgence.

A spokeswoman for Mr Dempsey said that after five years of disasters costing billions of dollars, all Queenslanders are being asked to contribute to emergency management, “hence the broadening and renaming of the urban fire levy”.

“The funds will be used to place emergency management services on a sustainable funding course that ensures we are able to deliver the same and enhanced services into the future.”