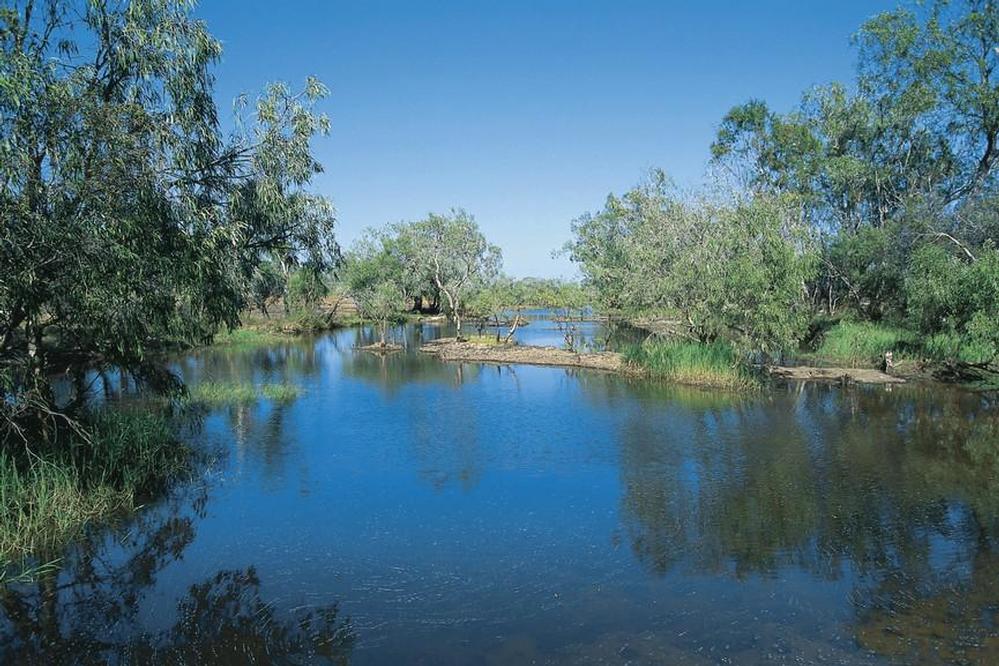 A MAN who became lost in a crocodile-infested corner of Lakefield National Park over the weekend and had to be rescued by helicopter, along with three of his friends, may face criminal charges.

The 30-year-old Cairns man and his friends told police they had been camping, fishing and quad biking in the park, west of Cooktown, despite the fact it is currently closed for the wet season.

Queensland Parks and Wildlife Service northern regional director James Newman said they were working with police over the rescue incident and further action may follow.

“QPWS will seek to interview the men to determine if any offences were committed against the Nature Conservation Act,” he said. “A wet season closure of the … road and surrounding park has been in place since 21 December, 2012.”

Water police SenConstable Carl Bishop, who co-ordinated the search, said the park was a particularly hazardous place at this time of year.

He said the men had not taken any precautions such as satellite phones or emergency beacons and the missing man should have remained with his vehicle.

“We’re disappointed in the fact that they were in the park while it was closed,” he said. “The reptile life is high and it’s very wet up there at the moment and the rivers are really flowing. (Yet) they were in there recreationally.”

President of FNQuadriders (which acts as a lobby group for the sport), Tim Forsyth, said the incident was an example of why more regulation was needed for quad bikers, to equip them with better safety knowledge.

The four men had been using two bikes to traverse the remote and rugged park when one became bogged on Friday.

The 30-year-old took the other bike to attempt to find help, but became lost.

The other three managed to walk back to camp and raise the alarm with the missing man found by the helicopter crew just before midnight on Saturday, only metres from a giant saltwater crocodile.

He had eaten grasshoppers, tadpoles and green ants to stave off hunger and attracted the chopper crew, who were using night vision goggles, with a camera flash.