Lions: fun, games and taxi queue ’til 2am 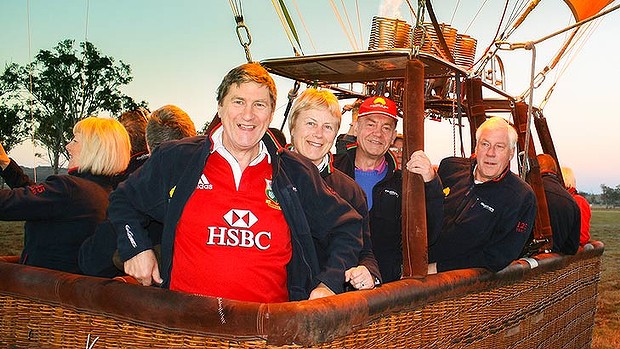 TTN: APART from a taxi queue until 2am, spectators of the British and Irish Lions’ rugby Test match against Australia went well for Events Queensland.

Two of the best games of football you’d ever want to see, sensational pre-game entertainment, and tens of thousands of happy visitors to Brisbane.

At 11.30pm on Saturday night, more than 200 people were left in the Castlemaine Street taxi rank, without a rank attendant.

“Sorry folks,” one attendant said. “There are no police after this time, which means we have no insurance. We’ve got to leave you now. We’ve called both taxi companies to let them know of the situation.

“And we’ve already done half an hour overtime.” That was out of the goodness of their heart.

“So neither the police nor the stadium management seem to have planned for a full house tonight,” a British visitor was heard to say.

A woman who claimed to be with TransLink took on the duty of rank attendant until after midnight, and was praised by a good-natured – yet increasingly agitated – crowd for efforts to guide the queue without a flashing stick, and from the safety of the footpath.

In other mishaps, one lift to the corporate area (Gate F) of Suncorp Stadium was out before the game, and all lifts declared broken after the game.

The Brisbane CBD’s Oaks Lexicon hotel, meanwhile, was believed to have had its lift out during the day.

“On the bright side, I’ve lost four kilograms since I arrived this morning,” one guest said after being forced to climb 16 floors to his room.

Suncorp Stadium management said the Castlemaine Street rank was manned in conjunction with the police and taxi council.

The rank supervisor shift finishes at 11.30pm, about two hours after full time.

“A TransLink official then took over and stayed until the rank cleared at around 2am. The Drink Safe Precinct Inspector was also asked to redirect any available taxis from the Valley to assist with the backlog.”

The Suncorp representative said he was aware of only one instance where someone jumped the queue and that driver was reported to the appropriate authority.

Lord Mayor Graham Quirk said the economic impact of about 70,000 visitors in June equated to about $17.7 million for the economy.

“The atmosphere over the weekend was high-spirited and fun with some fans engaged in a choir sing-off and other activities,” he said.

“Fans have also been exploring the many other leisure opportunities in and around our city – from touring Moreton Bay and hot air ballooning to catching a show at the Gallery of Modern Art or QPAC.”

In on-field dramas, Suncorp Stadium has been under heavy fire over ground maintenance, alleged to have contributed to Kurtley Beale’s slip on Saturday night as he tried to kick the winning penalty.

Management has said the ground will be in good order – “a fast, dry track” – for State of Origin II on Wednesday night.