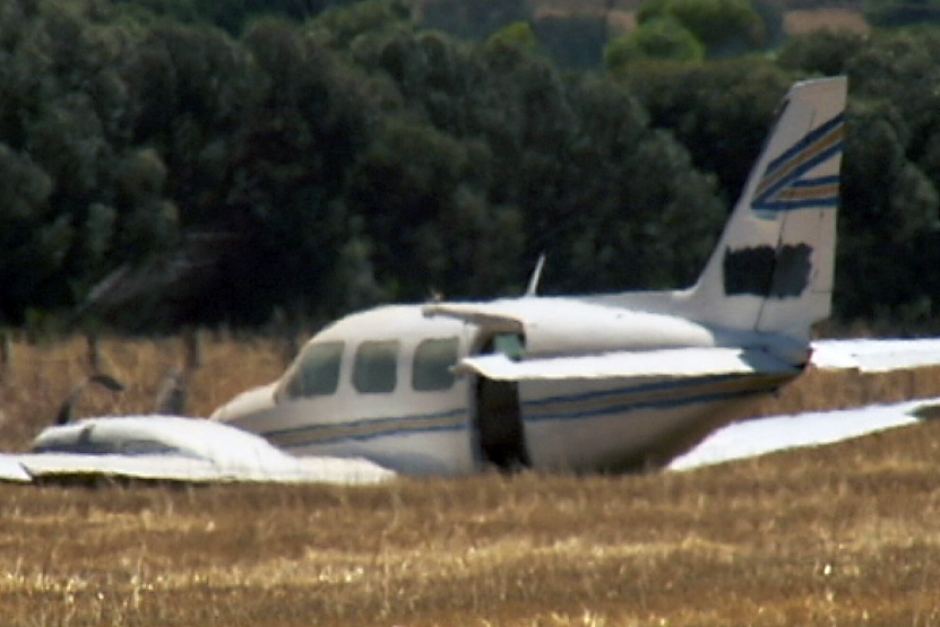 A pilot and passenger have walked away unscathed from a light plane which crash-landed in a paddock south of Adelaide.

The twin-engine Piper narrowly missed a vineyard as it made an emergency landing one kilometre from the end of the Aldinga Aerodrome about 11:30am.

The plane’s wheels were not down and it landed on its belly in the paddock north of Colville Road.

The male pilot says the plane veered to the left shortly after taking off from the airfield before losing power.

Paramedics checked the pilot and his passenger for shock, but they were otherwise uninjured and were not taken to hospital.

Emergency crews will remain at the scene to try to determine the cause of the crash.

An investigation by the Australian Transport Safety Bureau is likely to take several months.