Maguire on Letterman: It’s cheaper to film in Australia 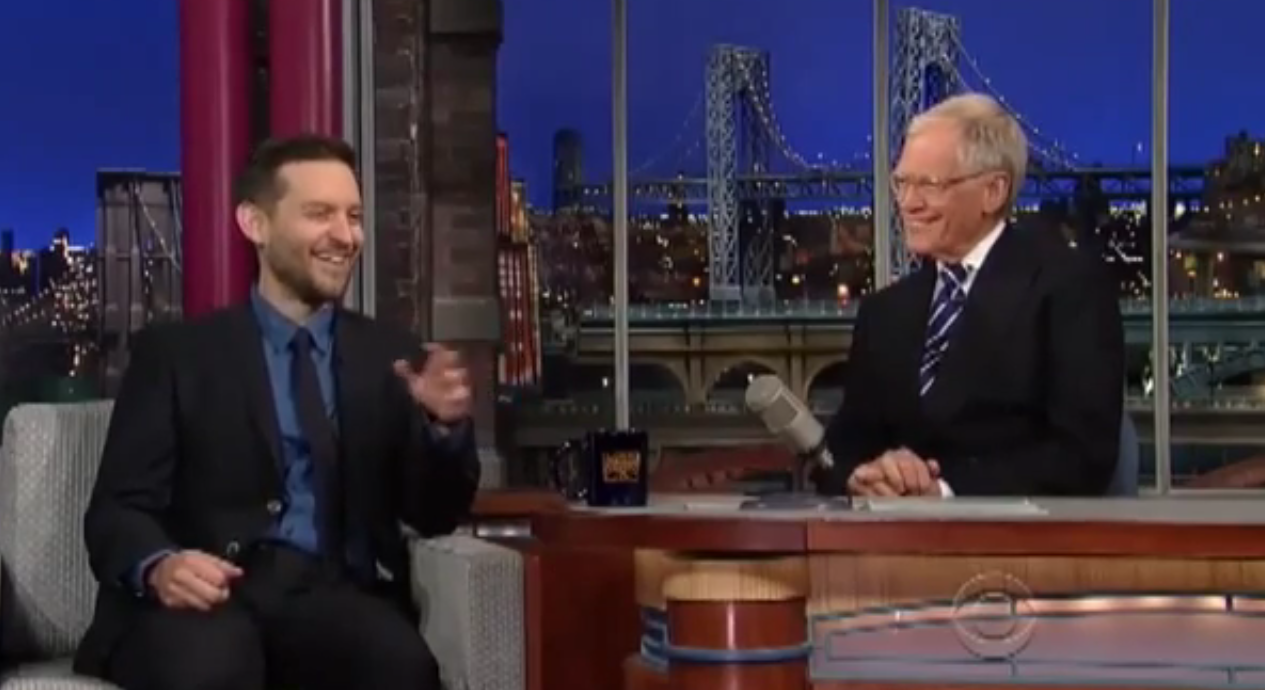 Pictured: Tobey Maguire, who plays Nick Carroway to Leonardo DiCaprio’s Jay Gatsby in the upcoming film adaption of ‘The Great Gatsby’, laughs about his accidental admission that filming in Australia, rather than America, was cheaper for Gatsby.

TTN: In a fluke boost to Australian tourism, Tobey Maguire has gone on the internationally-syndicated ‘Late Show with David Letterman’ and inadvertently told the world it’s cheaper to film in Australia.

“The benefits that flow to our local screen and television industry when overseas producers work in Australia are tremendous,” Senator Brandis said.

“It builds a more sustainable and skilled workforce here and combined with new Government film incentives is helping to create a more dynamic and sustainable Australian film industry.

“Australia is already contributing significantly to the production of Post-production Digital and Visual (PDV) Effects on international films, and with Ausfilm helping to promote new Government incentives this creative sector will become stronger.”

The Australian Government is providing $1.375 million in 2007–08 to Ausfilm so the company can continue to promote Australia as a destination for international film production. The company has been supported with annual Government funding since 2002–03.

Ausfilm markets Australian and state/territory government incentives, Australian locations and the capabilities of Australian PDV companies and other film production service providers to international producers. It actively markets Australia in the US, Europe and Asia.