KI ‘campaigning’ for government funds; without a plan 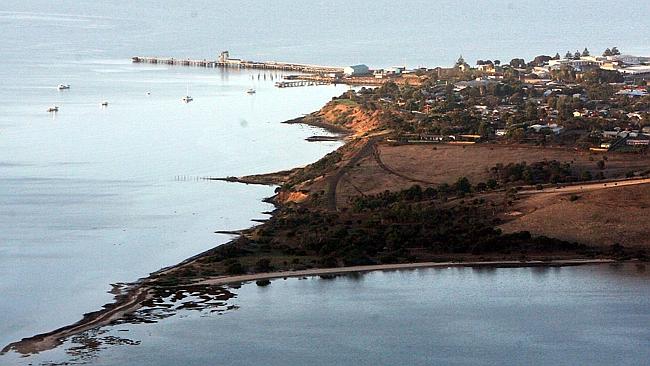 A MULTI-MILLION-DOLLAR upgrade of Kangaroo Island’s airport would create hundreds of jobs and trigger development at one of the state’s key tourist destinations.

The State Government would embark on the long-awaited $17 million project if it can secure significant Commonwealth funding of up to $13.5 million.

Industry experts say overhauling the airport to accept larger aircraft is key to unlocking development opportunities and turning around a decline in air passenger numbers.

Developers have told The Advertiser they have plans to add 145 hotel rooms to the island’s accommodation but are waiting for the green light on the airport redevelopment.

Under pressure to diversify the state’s economy before carmaker Holden closes in 2017, the Government views the upgrade as a way to create employment in industries such as tourism and agriculture.

Concerns have been raised within the highest levels of government about the adequacy of infrastructure on the island to cope with an influx of tourists.

Premier Jay Weatherill has released a list of 14 projects for which the Government is seeking federal funding, including upgrading Kingscote Airport.

The KI Futures Authority and the local council have published a proposal to extend the runway and upgrade the terminal to accommodate larger planes and allow direct flights from ­interstate.

The business case states that enabling 50- to 70-seater planes to land on the island could boost visitor numbers from about 40,000 annually to about 70,000.

It says the project could generate between 107 and 382 new jobs and lift annual spending on the island from $123 million to $225 million.

Planning Minister John Rau said the airport upgrade would be a “significant game-changer” for the island and would enable local farmers to boost exports of in-demand fresh produce.

Aurora Ozone Hotel owner Ian Drummond said he has put on hold plans for a $10 million, 45-room addition to the Kingscote hotel complex “until the airport gets the go ahead”.

“The airport is the absolute key to realising the potential of Kangaroo Island,” he said.

“(If it’s approved) we’d straight away resurrect the plan, put it back in for (council) approval and it would be our intention to start building as soon as we could.”

Developer and winemaker Caj Amadio is planning a 100-room hotel, also in Kingscote, and a resort accommodating up to 300 people at Emu Bay on the island’s north coast.

“The Government needs to show it has a genuine will to want to ramp up tourism on KI,” Mr Amadio said.

“We should do it all together and, with that, comes development of tourism opportunities.”

Opposition tourism spokesman David Ridgway said a report to the KI council had raised “real reservations about the cost effectiveness” of the upgrade.

Federal Assistant Minister for Infrastructure and Regional Development Jamie Briggs said he was “supportive” of an upgrade but not received any detailed plan or economic analysis.

Regional Express Airlines flies 34-seat planes to Kingscote Airport and is opposed to an upgrade because it would increase operating costs if no other airlines began services.