Katherine NT to take off with $470m upgrade 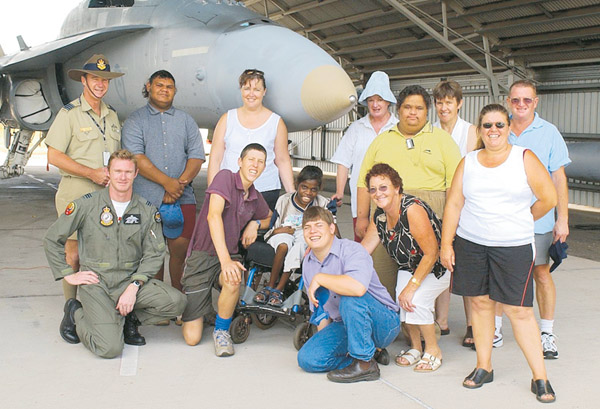 A half-billion-dollar cash injection for the Tindal RAAF base in the Northern Territory over the next 10 years would provide a boost to the town of Katherine but overstretch the local council financially, according to mayor Fay Miller.

The council had been negotiating a lease with the Australian Defence Force for the shared civilian part of the airport.

However, Ms Miller said the widening and lengthening of the airstrip would make it too expensive for the council to maintain.

“We’re a very small-rate-base community, and the community was being expected to pay an extraordinary amount of rates to keep the Tindal civilian side open,” she said.

“And we have made that decision that we cannot afford to upgrade the residential passenger service.”

However, Ms Miller said, the base had played an important role in Katherine and the upgrade, including new runways, living quarters and aircraft hangers, would boost infrastructure development and jobs.

“Tindal has been a very important part of the community in the last 30 years, and during the war it was a wonderful base of the Top End,” she said.

She continued: “The potential for growth within [Katherine], in the next three to five years is quite extraordinary.”

The upgrade comes after the Federal Government announced last month it had approved funding for the next tranche of 58 F-35A aircraft and associated support equipment and facilities work, with a total budget of $12.4 billion.

The approval included about $1.6 billion in facilities upgrade work to be conducted at locations around Australia, the majority of which is to be spent at Australia’s two major RAAF fighter bases: Williamtown in New South Wales and Tindal.

According to Air Vice-Marshal Kym Osley, Defence expected about $470 million to be spent on the facility upgrade at Tindal.

“In addition, some minor upgrade work will occur at RAAF Darwin (up to about $1 million),” he said, adding that the work was in the detailed planning stage, and construction was expected to begin in 2017.

Air Vice-Marshal Osley said Tindal was a key base for the F-35A, just as it has been for the F/A-18A/B Hornet.

The RAAF expected that the ongoing presence of an F-35A fighter squadron at RAAF Tindal from 2022 would “continue to provide a similar financial benefit to that provided by the current F/A-18A/B squadron to the local Katherine community, and to the Northern Territory more broadly”, he said.

He said the RAAF expected the Number 75 Squadron based at Tindal to have begun the transition from the F/A-18A/B to the F-35A in late 2021.

The Flight Officer with Squadron 75, Shannan Murrihy, an F-18 pilot, said he hoped one day to fly the F-35.

The airspace over Tindal was ideal for pilot training, the 26-year-old said.

“We do a lot of air combat manoeuvring, so a lot of aircraft fighting each other in the air and also bombing,” he said.

“We have great airspace here, so we’ve got the range down south at Delamere.

“That’s a great facility where we can drop high explosive ordinance, and also the airspace is quite large so we can get up to a lot of manoeuvring as well.”