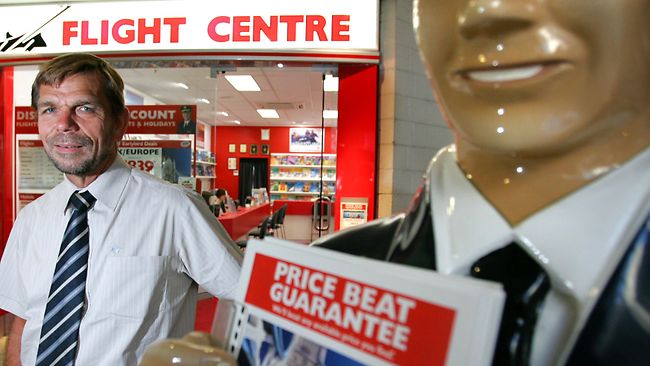 Justice John Logan ordered the company to pay the fine within 45 days.

In December, the Federal Court upheld the Australian Competition and Consumer Commission’s (ACCC) case that Flight Centre had induced Singapore Airlines, Malaysia Airlines and Emirates to stop directly offering international airfares at prices lower than that offered by the travel agency.

The ACCC had claimed Flight Centre had broken the law on six occasions between 2005 and 2009.

The company was found to have breached the Trade Practices Act on five occasions.

In imposing the $11 million fine, Justice Logan also ordered Flight Centre to refrain from trying to make any price arrangement with any international airline for three years.

He concluded that in August 2005, Flight Centre had threatened to withdraw from selling Singapore Airlines flights unless the carrier agreed to pay a distribution margin, which he said was designed to have a “substantial lessening of competition’’.

The judge had initially ordered Flight Centre to pay the fine to the commonwealth within seven days, but ultimately agreed to a request from the barrister representing the listed company, Shane Doyle QC, for the fine to be paid in 45 days.

Flight Centre had said it would appeal the judgment, and today said it may also appeal the penalties.

“Last year’s test case outcome was disappointing, but has not created a need for fundamental changes within our business, as any such changes that would have been required as a result of the judgment were made several years ago,’’ managing director Graham Turner said in a statement.

“While we are comfortable that we comply with the law, we consider it appropriate to test the decision at an appeal.

“This will clarify our position and rights as an agent.’’

Any appeals are likely to be heard in the 2014/15 financial year, Flight Centre said.

The company said that the $11 million fine, which would be included in its accounts for the current financial year, would be partially offset by an unrelated one-off gain in its accounts.

It still expects its underlying pre-tax profit for the financial year to be between $370 million and $385 million, up at least eight per cent from the previous year.