John Glastonbury’s plan to get steam back on track 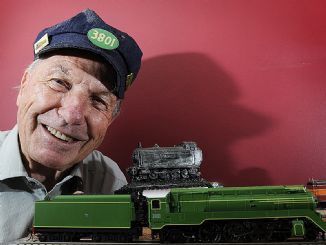 As president of Rail Heritage Australia (NSW) he has made an urgent call to reinvigorate the steam rail sector as a major tourism benefit for the state.

Mr Glastonbury said the findings of Ms Azarias’ inquiry had not been made public for fears it would not fit in with the state bureaucracy’s own plans for the rail system.

Rail Heritage Australia has launched a Save Steam petition calling on the government to provide direction in preserving the state’s steam heritage.

So far 1565 signatures have been collected on the petition.

Mr Glastonbury said there were probably only two working steam locomotives and seven others in NSW. This state had the worst presentation of any state.

“This iconic transport is much like a sailing ship coming up to harbour. It’s eye-catching for everyone, even if it’s just watching it go by.”

The nostalgia and preservation of history associated with steam trains should be encouraged and retained accordingly so that young and old could benefit, he said.

Rural communities such as Goulburn and Kandos could be put on the map with heritage rail trips.