Jetstar getting on with business – and 20k new seats 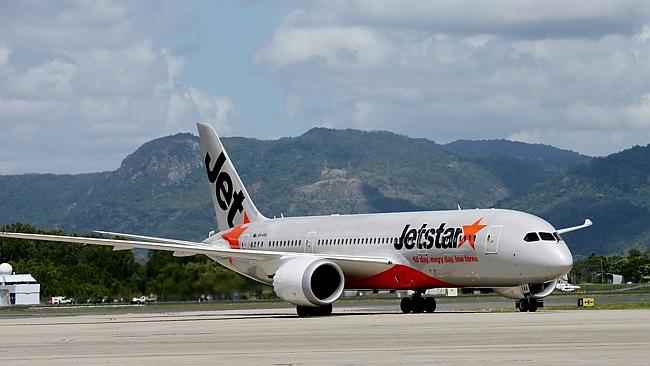 UP TO 20,000 extra seats a year will become available on flights between Japan and Cairns after Jetstar adds the bigger 787 Dreamliner aircraft to the routes in two months.

Jetstar will start flying the most modern aircraft available to Narita from August 14, up to seven days a week, and to Osaka from September 5, for up to five days week. Dreamliners can carry 335 passengers, up to 32 more than A330s.

The announcement comes as the latest figures show ­visitors from Japan have dropped by 6.9 per cent to 87,000 a year.

Jetstar Airways Australia and New Zealand chief executive David Hall said the delivery of three more 787s to the fleet from July paved the way for the aircraft to be added to the Tokyo (Narita) and Osaka routes.

“These are Jetstar’s eighth and ninth Boeing 787 routes and it means that all of our long-haul Japan routes from Queensland will be operated by the aircraft,” he said.

“Jetstar was the first low- fares airline in the Asia-Pacific to take delivery of the 787. We now operate the aircraft into Bali, Phuket and Thailand and we’ve operated more than 900 commercial flights since the aircraft was introduced in ­December last year.

“It’s a very special day for Jetstar as Cairns was one of the first ports to receive the 787 when we launched domestic flights, and I’m delighted the 787 will again be a familiar sight when it takes off on ­August 14 from Cairns to Tokyo (Narita).

“Operating the 787s, which are more fuel-efficient, means we are able to keep our fares low and offer an exceptional on-board experience for our customers.”

Cairns Airport aeronautical business development general manager Janice Antonson said the airport’s aerobridges were fully equipped to handle the 787 after test flights last year. “Now we look forward to welcoming them on a regular basis once they start to fly the six services that operate to and from Tokyo and four services to and from Osaka into Cairns each week,’’ she said.

“The introduction of the 787s is a major step for Cairns Airport into the new generation aircraft which offer greater passenger comfort and have quieter and around 20 per cent more fuel-efficient ­engines.”