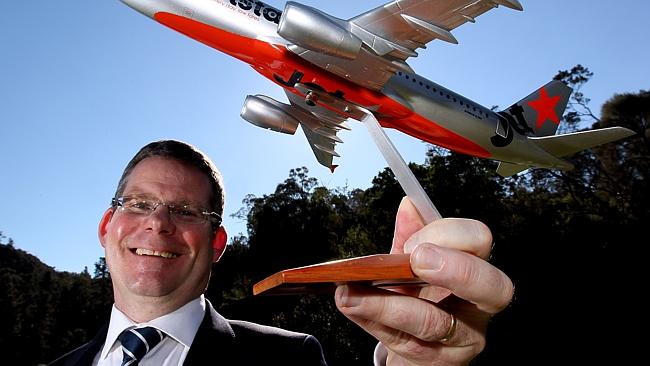 LOW cost carrier Jetstar has confirmed nonstop flights between Cairns and Bali, with a three times weekly service to start from March 31 next year.

The new service will offer more than 50,000 seats a year between the two destinations.

“We know from airport research and our own bookings that there are plenty of Cairns travellers interested in a direct service to Bali,” he said.

“Bali is consistently rated as one of Cairns residents’ most popular unserved destinations and we know our low fares will appeal to families and groups of friends looking for a tropical getaway.

“Anyone who has ever travelled with kids knows how much simpler it is to fly direct to your destination and we expect this three-hour nonstop flight will be a hit with Cairns holidaymakers.”

Mr Hall said the introduction of these flights also represented a win for local tourism with international visitors to Bali expected to extend their travel around the region.

“Bali is a destination that draws people from all over the world and it’s likely we’ll see travellers take up the opportunity of these low fares flights across to Australia to kickstart their journey to the Great Barrier Reef and beyond,” he said.

All flights will be operated by 180 seat Airbus A320 aircraft in a single class and will depart Cairns on Thursdays, Fridays and Sundays, with return flights from Bali to operate Fridays, Saturdays and Mondays.

“Our strong focus on partnering with China Eastern was greatly reinforced through the mayoral mission, with the timing designed to coincide with the recommencement of seasonal scheduled services between Shanghai and Cairns,” he said.

“Significant progress also was made towards a year-round scheduled service to Cairns and mono destination marketing of Tropical North Queensland in Shanghai.”

Mr de Waal met Wanda Travel Group senior managers in Wuhan, which he said paved the way for a potential partnership for flights to Cairns.

“Our meeting with the key Shanghai wholesalers and China Eastern senior management has also firmly placed the strategy of positioning Cairns as a mono destination in China on the agenda,” he said.

Mr Twomey said next year the extent of behind-the-scenes work to lure more flights to Cairns would be realised.