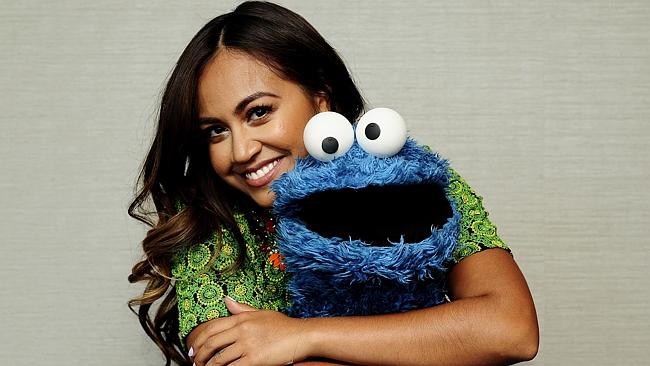 IT WAS a case of beauty and the Muppet when Territory singer Jessica Mauboy met Sesame Street’s Cookie ­Monster.

The blue furry Muppet is known for his love of cookies but Mauboy tried to get him interested in Vegemite on toast.

“You have to put it on toast with butter,” she said.

Mauboy said she had a ­lovely time with her new pal.

“He’s a handsome lovely guy, it’s so crazy we only met a few days ago.”

Mauboy spoke about her recent appearance on the children’s television show.

She said it was exciting to be part of a show she grew up with. “It was a childhood dream; Sesame Street taught me about life and different ­cultures.”

In her segment, Mauboy sings a song about kangaroos with children from Yipirinya State School near Alice Springs.

Cookie Monster was impressed.“Me learn a lot hanging out with Jess,” he said.