Jared Ingersoll closes Dank St but lives on in airports 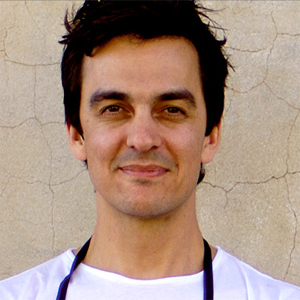 Jared Ingersoll has confirmed that Dank Street Depot, the cafe and bar that he founded and co-owns with Melanie Starr, will close its doors for good on 3 February.

Ingersoll has said that closing the cafe-bar, which has its roots in the slow food movement, will allow him to focus on his various other business pursuits, as well as devote more time to his young family.

“I want to expand my work with primary industry, and do some more writing and speaking engagements. I’ve been pushing the pans for going on 27 years and I’ve got young kids, so it’s also a lifestyle change,” he said.

He also notes that running a hospitality venue in Sydney is much more difficult than it was when he opened the doors of Dank Street Depot back in 2002.

“The environment is much more demanding than when we opened 11 years ago. Compliancy costs have gone up, running costs have gone crazy, and there is much more competition than there used to be. The carbon tax means it costs me seven times what it did to gas my fridges,” Ingersoll said.

The Danks Street Depot at Sydney Airport, which opened in 2009 in conjunction with SSP International, will remain open.

While the airport venue will not provide the same dining experience as the original Waterloo venue, it will continue to offer a range of Waterloo favourites.

Ingersoll has previously worked at various restaurants within Australia and overseas, including The Square and Hillaire in London, and Sydney’s Bayswater Brasserie.

He has published two cookbooks, Dank Street Depot and Sharing Plates, and writes a monthly column for Home Beautiful Magazine.