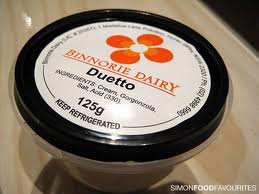 A HUNTER VALLEY cheese company has recalled one of its award-winning products infected with listeria.

Consumers who have Binnorie Dairy’s Duetto cheese, marked with the best before date February 21, are being urged to immediately return the product. Anyone with health concerns is advised to see a doctor. 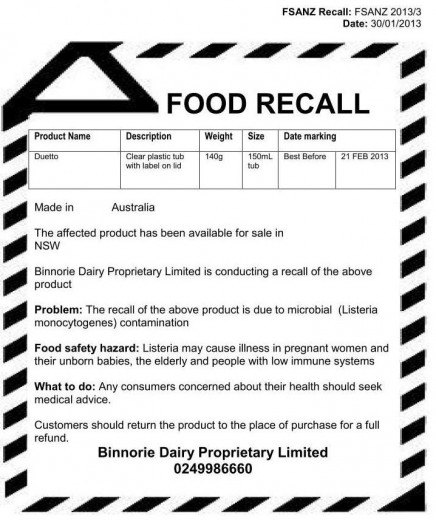 The announcement follows recalls by Jindi Cheese based in Victoria in the past two months for more than 100 products contaminated with the bacteria.

By last Saturday more than 20 cases of the bacterial illness were found across Australia. A miscarriage in a NSW woman and the deaths of an 84-year-old Victorian man and a 44-year-old Tasmanian man were linked to the outbreak.

Simon Gough, the owner and director of Binnorie Dairy said 46 units of the creamy mascarpone-gorgonzola blend was sold in a clear plastic tub.

Forty-one tubs were sold through their retail store in the Pokolbin vineyard district and five tubs through farmers markets in Newcastle. One unit equals 140 grams of the cheese.

”We are apologetic and we’re grabbing everything we can to work out how this has happened, how the cheese was contaminated,” Mr Gough said. ”This also occurred two years ago but the cheese didn’t reach anybody.”

A NSW Health spokesman said there were no known cases of listeria infection linked to the Binnorie cheese.

”We understand that a very small amount of the product is in the marketplace,” he said.

He said pregnant women, the elderly and people with compromised immune systems were most at risk of adverse symptoms if infected.

The listeria bacteria has an 70-day incubation period so cases of new infections can still emerge.

”The recall was done as a precautionary measure.”