How to butcher an icon: IP dispute over Ettamogah 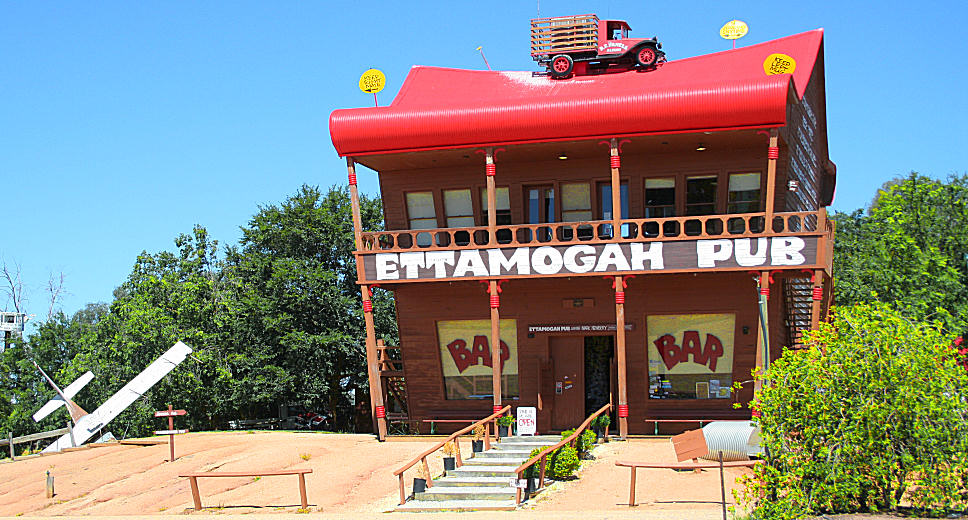 The Ettamogah Pub sign has been removed from the front of the building. The owners have been forced to entirely overhaul the Palmwoods tourist attraction. Picture: Glenn Barnes

THE Sunshine Coast’s most famous landmark, the Ettamogah Pub, will be no more after the owner vowed to overhaul any resemblance to the cartoon.

A row has erupted over intellectual property rights to the Ettamogah name and design between the pub owners and the IP holder Leigh O’Brien.

Mr O’Brien issued a letter demanding the pub “cease trading and close the doors immediately”, including the cafe, bottle shop, bakery and garage.

Mr O’Brien, director of Southern Equity Pty Ltd, has accused the owner Timevale Pty Ltd of wrongly continuing to use the Ettamogah intellectual property since ending its licensing agreement in September.

He said everything about the design was owned by him, including the roof with the air conditioning in the truck, the balconies, steel frames, internal and external stairs, bars, toilets, timber floor, walls, downpipes and even the kennel out the front.

The design was based directly on the intellectual property of the Ken Maynard ‘Our Mob’ cartoons owned by Mr O’Brien.

However Aussie World general manager David Thompson has hit back, saying the pub had three months in which to remove any Ettamogah resemblance and longer than that to entirely overhaul the attraction.

Already the Ettamogah sign has been removed from the front of the building.

“We will be changing the shape of the building so it will no longer resemble the Ettamogah pub in due process,” said Mr Thompson.

“We’ll come up with something different; something iconic that will be a major new attraction on the Sunshine Coast.

“We will build a bigger and better tourism product.”

However at this stage, the design was not yet known, he added.

The licensing deal between Mr O’Brien and pub owners has been subject to legal proceedings over the years and arguments over royalties.

Mr Thompson said Aussie World was going from strength to strength with new rides and more staff and would benefit from a new attraction.

He said the pub would not be closing its doors while the transition was taking place.