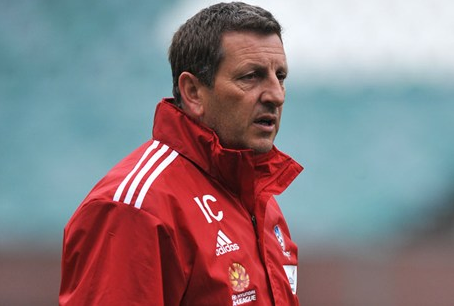 From James Rosewarne of theroar.com.au

“Crook and Durakovic landed their jobs with resumes which really weren’t good enough for the A-League. During the pre-season and in interviews this was masked by their positivity and clean record. However once the real stuff got going, they both floundered.

“Where both really came unstuck was when Melbourne and Sydney brought in the big players on the big wages, with resumes overly qualified for the A-League.

“Brilliant as both signings were, the Harry Kewell and Alessandro Del Piero signings both served as the catalysts for their manager’s departures… They each sealed their manager’s fate because they quickly exposed their boss’s weaknesses…

“Yet let loose a coach whose shortcomings are revealed to players who have been in places and situations their managers could only dream of, and the boat begins to wobble.

Kind of like the backyard gardener being called up to run the botanical gardens.”

OUTGOING Sydney FC coach Ian Crook says he walked away after six games because the strain of coaching one of the A-League’s biggest clubs was too much and had started to affect his health.

After watching his side give up a two-goal lead to lose 3-2 to their arch rivals Melbourne Victory on Saturday night, Crook sent a text message at 1.30am to club chief executive Tony Pignata saying he needed to speak with him and football director Gary Cole.

When Pignata suggested they meet at Sydney’s youth league match the following afternoon, Crook insisted they catch up at 8am at the club’s training ground at Macquarie University. Crook then told Pignata he was tendering his resignation, which Pignata reluctantly accepted. He broke the news to the players a few hours later at the team’s recovery session.

Later in the day, Crook said he had not coped with the pressure of the position and wanted to get out before the situation worsened, adding he felt ”relieved” at moving on.

“I just felt it started to affect me and my health. I haven’t enjoyed it for a few weeks,” he said. ”I feel like it’s been a burden, a constant burden, and once something gets like that, it starts affecting me and my family.”

While the question over whether Crook moved on by choice or force will linger, he said it was his decision alone and that his dissatisfaction had been brewing for five or six weeks.

”This is 100 per cent my decision,” he said. ”To those who say it was because of last week [losing 7-2 to Central Coast] and last night’s

result, they were probably the straw that broke the camel’s back.

”But I’ve got to admit that the catalyst for this was when we defeated Western Sydney. [It was] our first win, the inaugural derby with a big crowd and when I went home in the car afterwards, I felt flat. At that particular time, I thought it was the right time [to go], but I stayed in there because I didn’t want to quit.

”The reason I’ve done it now is because I think somebody, whoever comes into the job, needs to have time. I could have stuck around for another four, five, six or 10 weeks but it wouldn’t have given somebody else time and it wouldn’t have changed the way I felt.”

Crook said the job had ”become a weight on my shoulders” and that he didn’t feel cut out to manage such a big club.

”I haven’t handled it that well,” he said. ”I don’t regret applying for the job. You get one chance at somewhere like this and for me, it’s the biggest club in the league. I was here from day one [as an assistant] and I love the club.”

Expectations at the club increased dramatically after the signing of Alessandro Del Piero but Crook denied the Italian star’s arrival was connected to his exit.

”With Alessandro coming, what it did straight away was build the profile up and if we’re realistic, the game needs a profile … he’s given the game a profile,” he said. ”He’s been great.”

The club has already said it is prepared to give Crook a development role, most likely with the youth team, who he coached last year. He is, however, unlikely to coach first team football again.

”If I’m truthful, no,” he said when asked. ”There’s a huge amount of pressure on this job and I think you have to be a special kind of individual to take it on but I don’t think I’m the right person for it.”

Pignata said he wasn’t expecting the news and at first asked Crook to reconsider his decision.

”It was quite surprising. I tried to talk Ian out of it but he was quite adamant for various reasons,” he said. ”It’s disappointing that Ian has made the decision. We have always felt that Ian was the right person to coach this club and it shows the measure of the man for him to come out and do this in round six. To do it now, rather than in a few weeks’ time, just goes to show what sort of character he is.”

As for Crook’s replacement, Pignata said the club would draw up a shortlist. ”Together myself, Gary Cole and our chairman Scott Barlow will meet within the next 24 hours to determine the next step in terms of appointing a head coach,” he said. ”We’ll cast the net wide but we don’t want to go through a long, lengthy process. We need to make sure we make the right decision.”