Hotel’s RSA taken to court after 62-yo refused entry 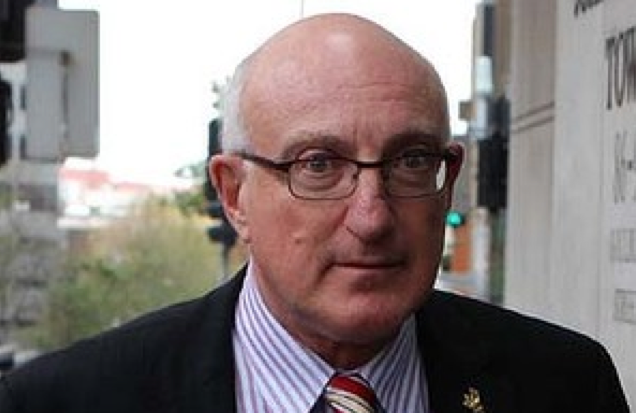 TTN: Richard Sleeman is suing The Palms club on Oxford Street, Sydney, for defamation, claiming he was ejected for being too old. Sleeman successfully sued for defamation in 2004 after an article he wrote wrongly quoted Ian Thorpe saying Thorpe would retire after the Sydney Olympics.

“I was being excluded because I was too old”

For 40 years Richard Sleeman held his own in the rough and tumble world of Australian sports journalism, covering five Olympic Games, the 1983 America’s Cup, and holding forth without fear or favour on everything from ball tampering to rugby league player payments.

But on December 23, 2011, a burly security guard’s refusal to let Mr Sleeman into a trendy Oxford Street nightclub left the 62-year-old author and broadcaster feeling so “humiliated and ridiculed” he felt he had no choice but to sue for defamation.

“The doorman was four to five metres away and he pointed above the heads of the people and said quite loudly and pointedly, ‘You’re way too drunk, you can’t come in,'” Mr Sleeman told Sydney District Court on Wednesday.

“He said, ‘Go away and sober up somewhere else.'”

Mr Sleeman said he had not been drunk, and was “not slurring my words, not red-faced, not swaying in the wind”.

“I was shocked and bewildered. I was simply standing in the queue, not talking to anyone, let alone behaving in an inappropriate manner.

“I quickly came to the conclusion that I was being excluded because I was too old. I simply didn’t fit into the mix of people in the club, and being told I was too drunk was simply his way of excluding me.

“I was horrified that I was being humiliated and ridiculed and having my identity taken away from me in front of a large group of people.”

According to Mr Sleeman, rumours that he had been kicked out of a bar because he was drunk had spread through his social circle, and even reached colleagues at 2UE where he had worked for many years as an executive producer on the Tim Webster show.

His social life became “dead zero”, he said, and he feared people were calling him a hypocrite because the false rumours jarred with his strong stand against alcohol-related violence.

“The Plaintiff has been greatly injured in his character, credit and personal, social and business reputation and has been brought into public hatred, ridicule…” Mr Sleeman’s statement of claim says.

But The Palms on Oxford has a different version of what happened on that summer’s eve.

It claims that the bouncer, an experienced, privately contracted security guard, had simply asked Mr Sleeman how much alcohol he had consumed after noticing that his face was red.

“The Plaintiff appeared to be drunk, including being red faced, loud and agitated and quarrelsome,” the nightclub has told the court in a written submission.

“The Plaintiff then became agitated and responded loudly that he had not consumed any alcohol and was sober. He then became angry and complained about being questioned.

Mr Sleeman then allegedly told the bouncer he would “regret” refusing him entry, and threatened to “name and shame” the nightclub in the media.

“I want to suggest that you thought you were so well known and important that you said to the bouncer at the Palms ‘Don’t you know who I am?”‘ the barrister representing The Palms, Sue Chrysanthou asked Mr Sleeman during cross examination.

“You consider yourself as a quasi celebrity don’t you?” Ms Chrysanthou said.

“No, I’m not a celebrity,” Mr Sleeman replied.

Around two weeks after the incident Mr Sleeman went to the Sydney Star Observer newspaper and told the editor his story. Mr Sleeman denied that he had been seeking to name and shame the nightclub, saying that it was a “pre-emptive strike” to “clear my name”

In stark contrast to the rest of Mr Sleeman’s journalistic career, the nightclub story did not make the paper.

But Mr Sleeman did not feel he could let the matter lie.

He made an age discrimination claim against The Palms in the Administrative Decisions Tribunal, and then sued the club, the company which owns it – Tuloch Pty Ltd – and the licensee, for defamation, including aggravated damages.

A freelance journalist was awarded $434,000 in damages today over an article in The Australian newspaper about a story he wrote on Olympic swimming champion Ian Thorpe.

NSW Supreme Court judge David Levine awarded journalist Richard Sleeman $250,000 for one imputation which a three-member jury had found to be defamatory – that Mr Sleeman was a “dishonest” journalist.

Justice Levine awarded $150,000 for another imputation found to be defamatory – that Mr Sleeman “deliberately gave the false impression that he had spoken to Ian Thorpe recently and at length”.

The judge awarded $34,660 in interest to cover the period since the publication of the article in Amanda Meade’s Media Diary, published in The Australian in June, 2000.

Ms Meade wrote that Thorpe had not agreed to be interviewed for an article in the Sydney Morning Herald‘s Good Weekend magazine the previous month, and was surprised to read he had told Mr Sleeman he planned to retire after the Sydney Olympics.

Giving evidence at a hearing on damages two years ago, Thorpe said he was misquoted in Mr Sleeman’s article The Water God.

Thorpe said he would not have told Mr Sleeman he would give up swimming after the Sydney Olympics.

“I’d be more likely to say I’ll stop swimming when I stop enjoying swimming,” he said.

Mr Sleeman told reporters at the time the comment about Thorpe retiring was not a significant part of the profile and The Australian article had damaged his career.

He said today: “It’s good to have a reputation vindicated.

“It was a very stressful time when the article was written.

“It was a crushing blow to my reputation.”