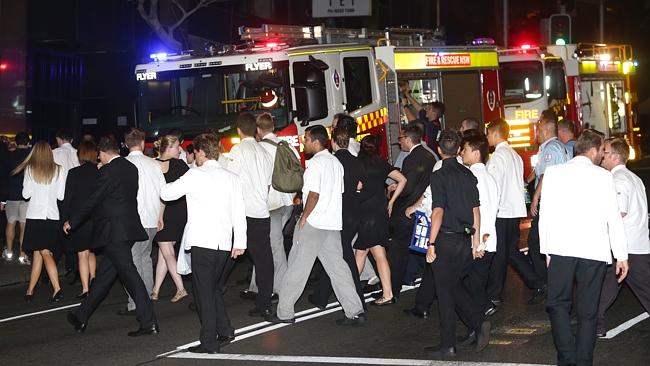 FIREFIGHTERS have praised staff at renowned Sydney restaurant Rockpool, who evacuated the premises after a fire broke out in the kitchen.

Twenty firefighters were called to the up-market restaurant on Hunter Street after the blaze broke out on Wednesday evening.

The kitchen was extensively damaged by the fire, which spread to the ducting of the building. About 50 staff and 100 customers were evacuated from the restaurant area, with all of them accounted for.

NSW Fire and Rescue Superintendent Paul Johnstone said no one was injured.

“The whole firefighting operation (was) quite difficult, fighting these fires that spread through the ducting.”

He described the firefighting effort as “a good job by all the fire crews on scene and also the staff of the restaurant that seemed to evacuate everyone so well”.