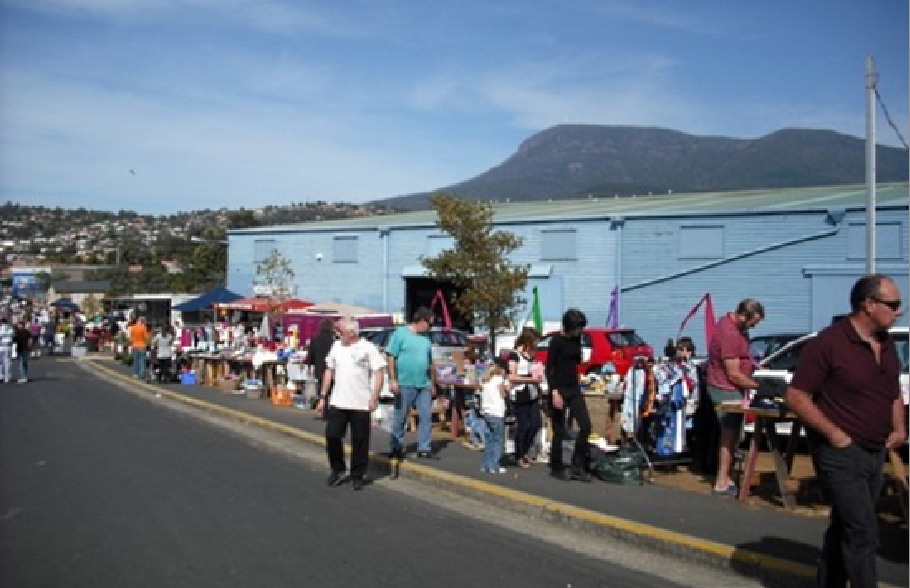 AUSTRALIA’S largest hardware chain will build a new super store to headline the $100 million transformation of the Royal Hobart Showgrounds.

Bunnings’ 50-year lease agreement is the first stage of a masterplan designed to transform the tired 17ha Glenorchy site into a vibrant community playground.

Royal Agricultural Society of Tasmania chief executive Scott Gadd said the deal paved the way for the biggest and most exciting redevelopment of the venue for the 181-year-old Hobart Show.

Bunnings will occupy a 4ha slice on the Howard Rd side of the Showgrounds. The second stage of the master plan will include the development of another 2ha commercial lot next to Bunnings.

“The signing of this lease is a fundamental change to the way the RAST Showground operates,” said Mr Gadd.

A starting date or tenant has not been fixed for the second lot, he said.

“We want to complete stage one before we open up lot two.”

All existing users and tenants will remain on-site during and after the development, including on-site caravan facilities, the Sunday market and clubs and groups who use the grounds.

Stage one impacts the caravan park and poultry sheds, which will be accommodated elsewhere on-site.

The Bunnings deal will generate $16 million over the next 25 years on a block of land worth $15 million, said Mr Gadd.

“We’ve been in discussions with the Royal Agricultural Society of Tasmania for nearly two years,” Mr Gillam said.

“This exciting project is in the early planning stages and Bunnings looks forward to working with all interested parties through the consultation and approvals process.”

The Hobart Showgrounds project is the latest in Bunnings’ expansion in Tasmania, with new warehouses under construction in Burnie and North Launceston.

An estimated 140 jobs will be created post-construction at the larger format Bunnings store, which will expand from 104 employees at the Brooker Highway site to 244 permanent, part-time and casual jobs.

The Brooker Highway site will close.

Mr Gadd said the announcement of a $5 million grant for the Showgrounds by Prime Minister Kevin Rudd at the weekend “was a massive kickstart to our redevelopment”.

But he said the Bunnings redevelopment would not change the nature of the Royal Show: “It will make it better”.

The RAST redevelopment plan has been approved by Glenorchy City Council but has one more hurdle — a hearing before the Tasmanian Planning Commission on August 27.

Final building approvals have to wait until the plan is approved by the Planning Commission.Hobar