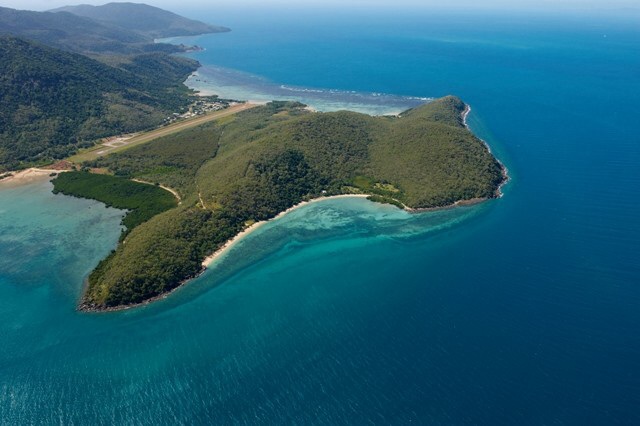 Tourists will today explore the Indigenous community of Palm Island, off Townsville in north Queensland, for the first time.

A State Government call last year to turn Palm Island into a holiday destination was met with concern from residents.

The community has suffered from bad publicity, including the fallout from a death in custody case in 2004.

However, today more than 150 tourists will visit the island for its first ‘open day’.

It is part of a campaign run by Townsville Enterprise and the group’s Patricia O’Callaghan says tourism is the community’s best asset.

“With their goal of providing jobs from the region, tourism has a very good fit with what the island has to offer,” she said.

“From a tourism point of view, you’re adding a new product around Indigenous experiences, which we know from an international point of view there is a demand for.”

Townsville Enterprise says it hopes to create more tourist ventures on the island in the future.

Local Knowledge: Should there be tourism on Palm Island?

The Queensland Government recently floated the idea of opening up Palm Island to tourism so resident Harry Reuben hit the streets to investigates local opinions.

Palm can’t continue down the track we’re continuing, high unemployment rate, low self-esteem, the social problems are massive, and you get up at 8 o’clock in the morning and a lot of young people haven’t got jobs to go to, so we need to turn it around and create some sort of industry here on Palm. – ALF LACEY, Mayor of Palm Island.

Talk to some of the elders and they see it (tourism) as invasion of their land. – RAYMOND, resident of Palm Island.

I know there’s a lot of angst against the older people in our community in saying they don’t want that to happen here on Palm but, you know, I say to a lot of old people you know you’ve had your go it’s now for the young people to create a future for themselves. – ALF LACEY, Mayor of Palm Island.

It’s a good viable proposition, tourism, but there’s got to be a lot of consultation for it to happen because not everything works in different communities. – FRANK, resident of Palm Island.

Don’t set people up to fail… you’ve got to have people in there who are passionate about Palm Island as well… Tourism would generate so many jobs, so many opportunities, show anybody who wants to come here how lovely Palm Island is, and it’s not as bad as how it’s portrayed in the media. – NINA, resident of Palm Island.

I don’t think the white community flusters too much about its colonial past, it gets up and it moves on, and I think that’s what we need to do for Palm. – ALF LACEY, Mayor of Palm Island.

A lot of people would pay millions of dollars for the view that we get to wake up to every morning. – LYNNDEL, resident of Palm Island.

If we start looking at big injection of infrastructure then it will spoil our environment and we don’t want that to happen. – ALF LACEY, Mayor of Palm Island.

Let’s look after our people first, then go down the track of tourism. – RAYMOND, resident of Palm Island.