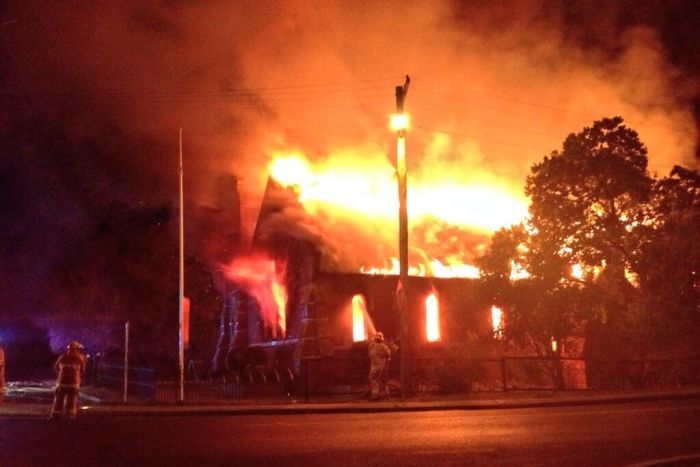 A historic church in the New South Wales town of Bathurst has been destroyed by a fire police are treating as suspicious.

Neighbours reported seeing smoke coming from the Bathurst’s St Barnabas church around 1:30am (AEST) this morning.

Police say by the time firefighters arrived the unoccupied building was engulfed in flames.

Officers have seized a car which was allegedly seen in the vicinity of the church around the time of the fire.

Police say the vehicle was found at a nearby home and that the owner consented to it being taken for forensic investigation.

Authorities say the blaze took several hours to be brought under control.