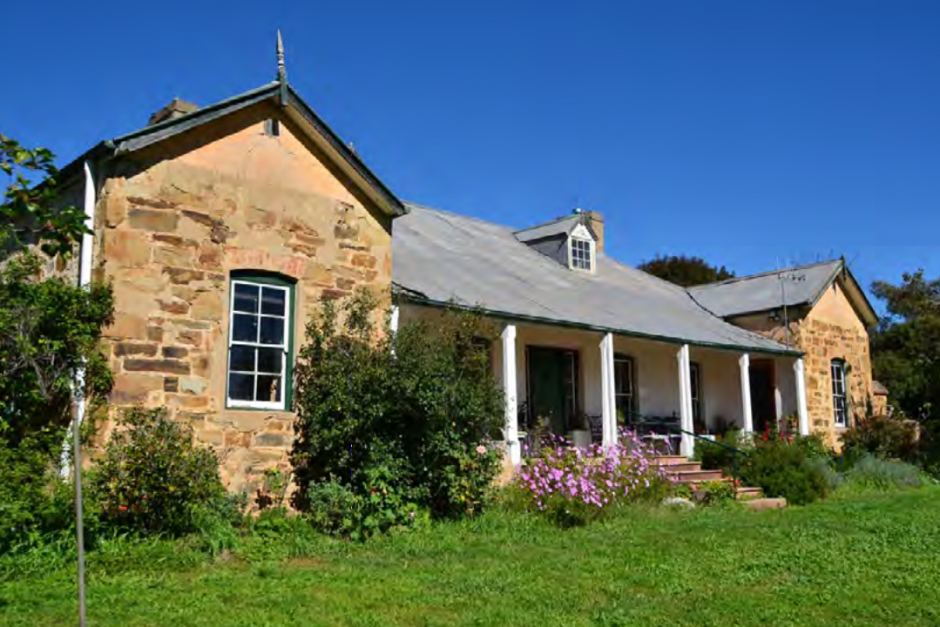 PHOTO: The plan makes special mention of the heritage values of the original homestead The Oaks. (Supplied)

A long-awaited master plan for the historic village of Oaks Estate, east of Canberra, has been released today, stressing the importance of the village’s heritage values and proposing a new river walk near the Molonglo and Queanbeyan Rivers.

The plan was developed following years of community consultation and will guide development and growth of the village, which sits just inside the ACT border near Queanbeyan.

The land on which the Oaks Estate now stands was first inhabited by Aboriginal people and the place where the Molonglo and Queanbeyan rivers join would have been a well-used local travel route and camping area, according to a recent cultural heritage assessment.

It was first settled by Europeans in 1837, with the creation of a large estate called The Oaks, which was eventually subdivided into 300 building allotments in 1887. That subdivision and the streets created still form the basis of the modern Oaks Estate.

In the first few decades of the 20th century it was used as a temporary workers’ settlement for builders constructing the early parts of Canberra, and in the 1970s 77 flats there were purchased by the authorities for use as public housing.

Today the Oaks Estate has a population of about 290 and about 181 dwellings, of which 78 are public housing.

The ACT Heritage Council is currently assessing the nomination of Oaks Estate Heritage Precinct for heritage registration and several buildings in the estate have provisions heritage listings.

Released on Tuesday, the ACT Government’s master outlined five guiding planning principles for the area, including finding opportunities for growth while maintaining the village’s history and character.

It made special mention of the heritage values of the original homestead The Oaks, which still stands, and of Robertson House – another historic property on Hazel Street, stating they were intrinsic to the estate’s identity and unique character and future development in the area should have regard to them.

Planning Minister Mick Gentleman said recommendations in the report had been informed by a series of heritage studies on the area.

“While the plan recommends making a number of changes to Oaks Estate it also contains an emphasis on maintaining the historic residential area and its character through the introduction of site coverage, building setbacks, fence heights and works together with the new provisional heritage registration of the Oaks,” he said.

The plan flagged changes including the development of vacant lots and a new historic walk near the Molonglo and Queanbeyan Rivers, but also noted that the village would continue to have an impact on the quality of the river corridor and that there could be a need for improved water management as development goes ahead.

The development of a village core that provided housing choice, “adaptable working living space opportunities” and accommodation for small-scale businesses and craft workshops was recommended.

The plan said new development should develop McEwan Avenue as the main street for business activity and social life, also focusing on River Street and Railway Street as significant to the town centre.

Improving connectivity and accessibility in and out of the estate for pedestrians and cyclists was also recommended, including connections to other part of the ACT and NSW via walking and cycling networks.

The plan suggests Railway Street could be adapted for the safe use bikes and walking, as an alternative to vehicles.

It said opportunities for future recreational uses should be encouraged, such as bird watching, canoeing and cycling.

Karen Williams, president of the Oaks Estate Progress Association said she was pleasantly surprised by what she had read in the master plan on Tuesday.

“Considering the long process that we’ve had, which has taken more than 20 years over time with different stops and starts, I think the planners should be congratulated,” she said.

“We haven’t got infrastructure for instance that can stand a lot of development.”

Ms Williams said the concept of building the village core was “ticklish” but the plan recognised that industry and commercial businesses had to co-exist with residential areas and not overextend existing infrastructure.

“It’s obviously been the one that’s generated the most angst…. we’ve never had a conventional village as such though we have had a village character,” she said.