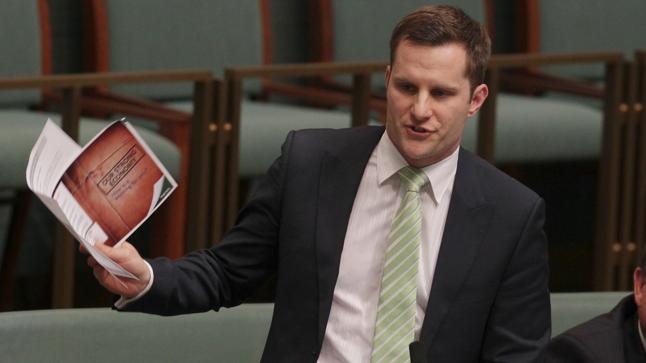 A Federal Liberal backbencher has broken ranks with his party colleagues, calling for weekend and public holiday penalty rates to be slashed for small business workers.

“If you change penalty rates now, in six to 12 months you’d start to see an impact of more small businesses taking on more young people,” he said.

“Given that Sundays are no longer sacrosanct … having to pay a 75 per cent loading [is] an old concept.

“There’s no real reason or modern defence for paying such a loading on the same trading day as any other.”

His call flies in the face of the Coalition’s election promise to make no changes to penalty rates in this term of government.

The Government has promised to set up a Productivity Commission inquiry into industrial relations and take any recommendations it supports from it to the next election.

But Mr Hawke said with youth unemployment at 13 per cent nationally, and more than 20 per cent in parts of western Sydney, the country cannot afford to wait that long.

“I think we have to act early and recognise, what are the reasons that we have youth unemployment? Well, the reasons are an inflexible system for many small businesses,” he said.

“The small businesses I speak to tell me that if you could reduce penalty rates on Sundays, weekends, public holidays, they would add that extra person.

In March, Mr Hawke was one of a group of Liberal MPs, including fellow western Sydney backbencher Craig Laundy and Victorian MP Dan Tehan, who called for a debate on cutting penalty rates.

But none have gone as far as Mr Hawke has today.

He spoke to reporters before Mr Hawke’s comments.

“I suspect that the Abbott Government’s only recipe for workplace relations is indeed, as you suggest, to cut penalty rates. How on earth do you make working people better off by making them poorer?” Mr Shorten said.

Mr Shorten has also sought to highlight that it is a year since Prime Minister Tony Abbott promised to create 1 million jobs within five years.

“A Tony Abbott promise is not worth the paper it’s written on, but he did say a year ago that under a Liberal government he led, there’d be a million jobs in five years and 2 million jobs in 10 years,” Mr Shorten said.

“Now instead what Tony Abbott’s given us is a 10-year high in unemployment.

“We have seen that the only jobs policy the Abbott Government has is to send jobs overseas.”

The basics of online marketing are easier than you think - learn how here. It's a small thing, but one

Victorian businesses are at the end of their tether, with the Vic. Premier unwilling to give a standard hotspotting