Has the mafia stitched up your industry? 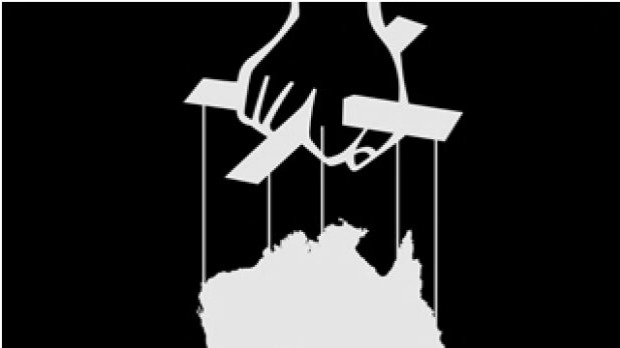 Comment by The Tourism News, 6th July 2015: If something has smelled funny in your industry for a whilst, you’re not alone.

A Fairfax Media and Four Corners investigation has revealed just how far the Italian mafia’s reach goes in Australia, with tourism and hospitality businesses at the fore.

The famous Sydney Fish Markets are stitched up, drugs are being run from NSW to The Melbourne Fruit & Vegetable Market and markets at Belconnen in Canberra, a major winery is owned by a mafia boss and – somewhat less surprisingly – nightclubs and casinos are involved.

The real revelations are the relationships between the mafia and political figures, including a former Mayor of Stirling, a local government area that presides over the famous Scarborough Beach in Perth.

Late last year, The Tourism News questioned the legitimacy of an unpopular $26m pool development that was to take place on Scarborough Beach.

We’ll give you more of this news as it comes to hand.

The reports also reveal how the price of some food – including certain types of seafood in Sydney – may be more expensive due to Mafia control of the supply chain across Australia.

A joint Fairfax Media and ABC Four Corners investigation has obtained a series of confidential Australian police reports written and circulated to state agencies between 2003 and 2014.

The reports provide startling revelations about the depth of the Calabrian Mafia’s infiltration into Australian life and its the ambitions of the criminal group.

One report described how NSW police gathered information in 2003 that Mafia figures in Griffith – the group’s traditional stronghold – had been “receiving information from a person connected to the police in Griffith and the court”.

“It is alleged that a Sydney based IOC [Italian Organised Crime] member received light sentences in the past because he paid off [Sydney] judges, costing approximately $2.2 million.

“The protection provided to IOC members by other members comes in many forms, ranging from the simple criminal code of silence or perjury, to more sinister acts involving corrupt influence [and] abusing a position of responsibility.

“IOC groups in NSW have infiltrated members into, or recruited people from, public organisations, government and law enforcement agencies with the lure of money.”

Fairfax Media has recently spoken to senior law enforcement sources who identified a judge allegedly involved, saying he has since left the bench.

NSW police intelligence also describes how detectives had discovered how “Italian Organised Crime members have actively approached members of the Australian Defence Forces for the purpose of acquiring firearms and ammunition”.

Fairfax Media can also reveal that Jupiter’s Casino on the Gold Coast has become a key gambling site for Mafia figures banned over money laundering concerns from Star City in Sydney and Crown Casino in Melbourne.

The police reports reveal that the group known as the ‘Ndrangheta, or Honoured Society, continues to control both legitimate and illegitimate businesses, with money earned both from the drug trade and from stand-over and extortion within pockets of Australia’s fresh food trade, trucking and construction industries.

A search this month of the business holdings of all the key Mafia bosses in NSW, Victoria and South Australia also reveals their continuing control over multimillion-dollar wholesale, construction and farming businesses, including a major winery and several large fruit orchards.

A 2013 file, circulated among agencies, warns that the Mafia poses an “extreme” organised crime risk to the nation.

It echoes similar warnings made in a 2003 Australian Crime Commission assessment.

“[Mafia] family associates are employed in many areas of government enterprise, as well as in the telecommunications industry; bookmaking/racing; car dealerships/car repairs and hydroponic shops,” the 2003 report states.

In NSW, another Italian crime boss “is involved in a number of legitimate businesses … including car dealerships and night clubs, and is associated with at least one ex-AFP member and one corrective services person”.

The NSW police have also discovered “information [that] suggests a monopoly exists … at the Sydney Fish Markets where private arrangements need to be made for their purchase”.

The report says these arrangements allegedly involve cartel behaviour, including price fixing and threats of violence.

Police have warned that Mafia identities maintain control over the food supply chain via their ownership of farms, wholesale businesses and transport and freight firms.

Reception centres owned by Mafia bosses in Adelaide and Melbourne have been hired by unwitting police and politicians to hold functions.

An intelligence brief circulated to police across Australia in 2011 states: “The Calabrian Mafia … readily uses fruit trucks to transport cannabis to the Melbourne Fruit and Vegetable Market [from Griffith and other regional sites] to be further distributed. The trucks usually have the cannabis hidden among containers of fruit and vegetables.”

In 2003, NSW police confidentially warned that: “Investigations developed intelligence of IOC figures involved in both the Sydney fruit markets at Flemington and fish markets, as well as the Belconnen markets in Canberra”.

“[Wholesale food] markets continue to provide controlled linkages to the interstate trucking and transport industry. Again, elements of the transport infrastructure are controlled by families with connections to IOC elements. There is continuing intelligence of the exploitation of this type of freight for trafficking illicit commodities.

“The exploitation of the markets and interstate freight remains a significant area for environmental hardening and law reform.”

In Victoria, Mick Gatto is named as a crime figure who works closely with the Calabrian Mafia while running his own crime syndicate.

“Mick Gatto has shown a high awareness of law enforcement methodology and has taken a proactive approach in accessing corrupt law enforcement personnel and information to protect his ventures,” one report says.

The revelation that Mafia figures banned from NSW and Victorian casinos over money laundering concerns are simply heading to the Gold Coast casino suggests another major weakness in anti-organised crime measures.

Police have previously warned that Mafia “identities were using casinos to launder funds through, with significant money movements through Jupiter’s Casino and Crown Casino Melbourne”.