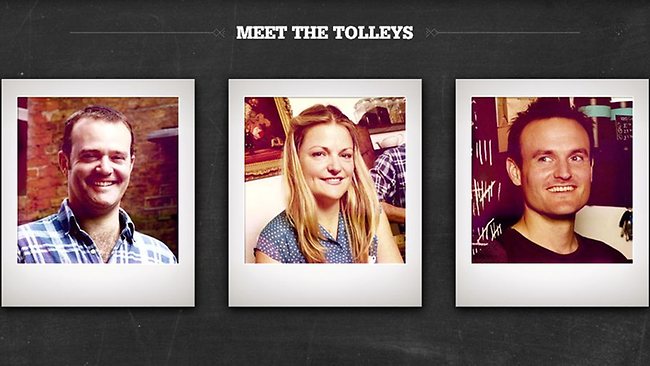 THREE Aussie sibling baristas have been forced to defend their “independent” chain of coffee houses after it was revealed multi-national giant Tesco owned 49 per cent of the business.

Andrew, Nick and Laura Tolley last August opened up a trendy coffee house in London which had been a run away success prompting a chain to spring up across the capital and in other areas.

Harris + Hoole was described as a “family affair” with roots of artisan coffee on the back streets of London to now the “coffee know-how” experience to leading city shopping strips.

But a storm in the tea (or coffee) cup has erupted when the chain was accused of being disingenuous and a Tweet campaign to boycott the coffee house began on account it was seen as a “stalking horse” for the powerful retailer and supermarket giant Tesco.

Nick Tolley said today there was no plans to fool anybody and Tesco’s involvement was announced when the first coffee house opened last August.

He said the business, owned by the siblings formerly from Bermagui, had no choice but to turn to the retailer for more than $A3 million to establish the business as British banks were a “nightmare” to deal with. One bank would only offer them half the amount they needed and even then that took 18 months. And the interest rates of 10 per cent made it a difficult loan to take.

He said a “friend of a friend” introduced them to Tesco who liked the idea of the coffee chain and invested.

“I appreciate there are a lot of people out there who have got it in for Tesco and see this as a ruse but nothing could be further from the truth,” Mr Tolley said.

“Tesco have been good enough to help out with the finance but everything else including the culture and values of the business are down to me, my brother and my sister.”

Mr Tolley came to London in 2006 and saw a niche for quality coffee in the city notorious for questionably tasteless and poorly made brews.